Hendrik Johan Burgers joins the KNIL (Royal Netherlands East Indies Army) in 1936. Some time between 1937 and 1940, he is transfered to the KNIL Military Aviation (ML) where he becomes wireless operator/gunner on the Glenn Martin bomber N545.

On February 19th 1942, during a bombing raid with three Glenn Martins over the oil depot of Pladju, flown from Palembang airbase, the crews behaved bravely. The same day he shot down Japanese Zero during an airraid on Palembang airfield. Later he received the Bronze Cross for this action.

In March 1942, Hendrik Johan Burgers succeeds in escaping from the Japanese and getting away to Australia in an airplane flown by René Witterd de Hoogland. From 1942 to 1945, H.J. Burgers serves with 18 Sq. NEI (Netherlands East Indies) RAAF.

After World War 2, Hendrik Jan marries Nora Hevel in Nijmegen, December 29th, 1945.
1946 the family is posted to the airbase of Tjilitan during the struggle against Indonesian independence.

Hendrik Jan ends his military career as a sergeant-major and the family moves to Australia.

Obtained for his brave behaviour during a Japanese airraid on the Airbase at Palembang on February 19th 1942. Hereby Hendrik Johann Burgers shot down a Japanese Zero fighter.
The decoration was awarded on the declaration of others, cited in a lettre dated January 28th 1948 nr. CO/0614/v.H.I.Aa 6 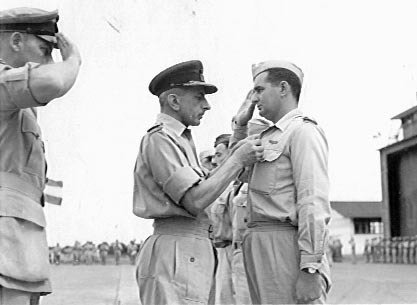