Oberst von Hippel and his Flak-Regiment proved themselves in battle while supporting a Panzerkorps during the advance through Luxembourg and Belgium up until the closing of the Operation on the Channel coastline. Oberst von Hippel fulfilled his assigned tasks in close cooperation with the Panzer forces while displaying great bravery, decisiveness, prudence and skill.

In the further fighting along the Somme, Marne and Seine, as well as in the pursuit battles into southern France, Oberst von Hippel once again distinguished himself while leading his Regiment. He did so through his skillful military acumen, all while demonstrating great calm and personal readiness for action. During the time period 10.05.-22.06.1940 the Flak-Regiment 102 destroyed the following

Of the 500 aircraft, 242 were destroyed or captured while on the ground. 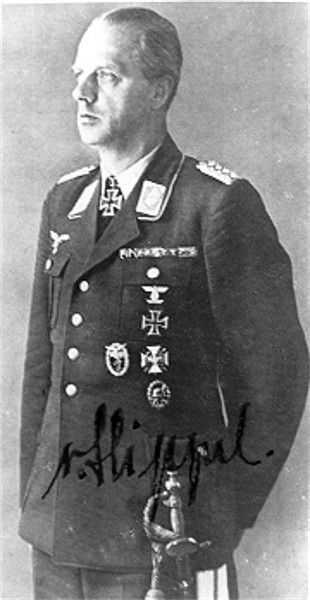