Lemm eventually reached the rank of Generalleutnant in the Bundeswehr.

Awarded for his leadership of the I./Füsilier-Regiment 27 near Penna (south of Staraja Russa). Here Lemms Füsiliers, along with the Sturmgeschütze of Hauptmann Hegele, were able to destroy 46 Soviet tanks within the space of three days. After this, following a penetration by fresh Soviet forces, Lemm and his men (again supported by Hegeles Sturmgeschütze) were able to eliminate the hostile penetration while destroying 5 tanks.

On the 22.06.1944 Lemm and his Bataillon stood in the Pronja bridgehead (near Tschaussy), in the Mogilev sector. Over the next 72 hours Lemm and his men formed the rearguard of the retreating 12. Infanterie-Division. As commander of a Kampfgruppe, he broke out of the Mogilev area towards the Beresina and soon established contact with his old Division. Lemm would be decorated with the Oakleaves for managing to escape the jaws of Operation Bagration where so many others had failed.

Awarded for the leadership of his Regiment in the battles around Aachen and in the Ardennes Offensive. In this time his units most notable successes were the capture of Eschweiler and part of Stolberg, as well as breaking through the Losheim Gap during the Battle of the Bulge. 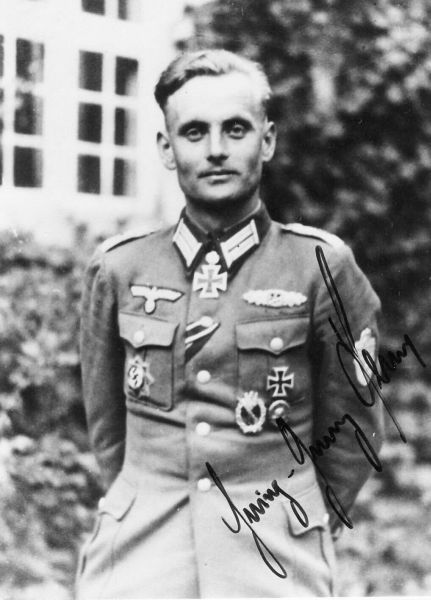