During a Soviet attack spearheaded by 30 tanks, which took place SW of Kaluga on the 22.08.1942, Leutnant Niggemeyer was able to knock out two Soviet tanks in close combat and in doing so compel the rest to retreat. Through this act a Soviet breakthrough attempt against the German bridgehead here came to naught, and for this Niggemeyer would be decorated with the Knights Cross.

In January 1943 the 26. Infanterie-Division, positioned along the Don south of Voronezh, was forced to retreat on account of the ferocious Soviet attacks. During the withdrawal movement, on the evening of the 20.01.1943, two Soviet heavy tanks with tank riders blocked the Divisions retreat route and wrought chaos on the jammed march columns with MGs and cannon.

Acting on his own initiative, Leutnant Niggemeyer assembled two assault teams and advanced towards the tanks. Through concentrated fire the Soviet infantry were eliminated, and the tanks were immobilized with Teller AT mines. Their bailed out crews were then defeated with MPs and bayonets. The blocking position was thus removed, and the whole Division could retreat along the road as planned. For this act Niggemeyer would receive the Oakleaves. 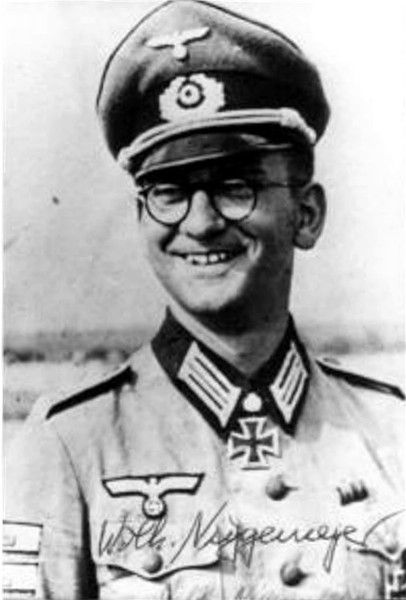