Kurt Prinz went into service on 3rd November 1937. During the second World War het functioned as Bataillons-Ordonnanz-Offizier with the rank Leutnant (since 1st June 1940) and as Kompanieführer and Kompaniechef with the rank of Oberleutnant (since 1st June 1942). From the spring of 1944 het served as Bataillonsführer and took part in the battles in South Russia. In 1944 he was also involved in the Ardennes offensive and became finally Führer of a Volksgrenadier-Bataillon within the 62.Volksgrenadier-Division with the rank of Hauptmann (since 1st June 1944). In April 1945 he became Prisoner-of-War with the Americans, but was transferred to Soviet impriosnment in February 1946, where he stayed until November 1949.

During the fighting for the Remagen bridgehead, on the 17.03.1945, Oberleutnant Prinz received the order to retake the Großen Ölberg, the highest point in the Siebengebirge. Along with elements of the Kampfbataillon 162 (consisting of troops from the Feldersatz-Bataillon 162), Prinz was able to accomplish this difficult task. After repelling an American counterattack he received and carried out the order to withdraw from the hill. For this action he was awarded the Knights Cross. 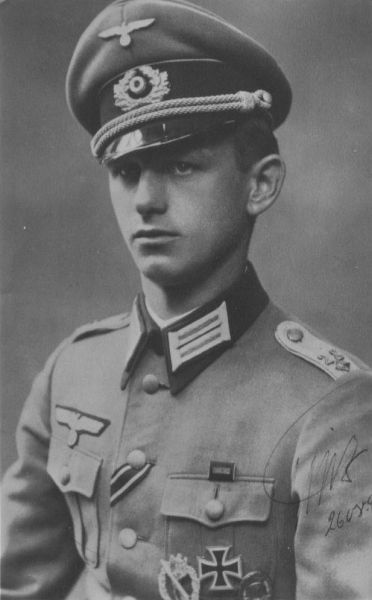