During the fighting in the Crimea in early 1944 the Sturmgeschütz-Brigade 191 played a particularly important role as the fire brigade of the V. Armee-Korps. It contributed greatly to the German defense both during the retreat battles through the Ukraine as well as near Sevastopol itself. In this latter capacity the 1. Batterie, under the command of Oberleutnant Laubmeier, played a major role in covering the German evacuation of Crimea beginning on the 09.05.1944, fighting near the fort Maxim Gorky.

On the 12.05.1944 the Soviets succeeded in achieving a dangerous penetration in this area. Laubmeier hastily gathered up some Grenadiers and the last Sturmgeschütze of his Batterie and with this force launched a counterthrust, which succeeded in preventing an enemy breakthrough from developing. Laubmeier was heavily wounded during this battle and evacuated shortly afterwards.

For his accomplishments in this capacity, as well as reaching a personal total of 38 enemy tanks destroyed, Laubmeier would be decorated with the Knights Cross. 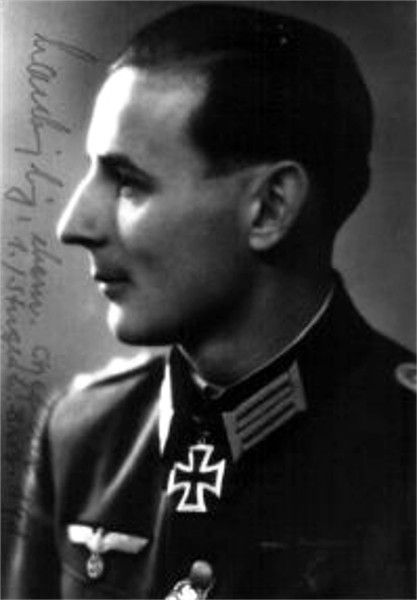