On the 24.07.1944 the looming breakthrough of the Russian 120th Rifle Division was halted by the efforts of Obersturmbannführer Kausch. As his command post was surrounded by Soviet sub-machine gun wielding soldiers, he led a counterattack with what forces he could rally. Skillfully making the most of a Panzer attack in the neighbouring sector, he was able to close the gap in the German frontline.

Success: Eliminating the dangerous (and potentially game-changing) threat against the deep south flank of the Narva bulge.

On the 28.07.1944 Kausch led a new counterattack with a force of Sturmgeschütze and mounted Panzergrenadiers following a swift and accurate judgement of the situation. He moved against a broad frontline gap and sealed it off, thereby preventing the enemy forces here from commencing their imminent breakthrough towards Reval.

Kausch was wounded on the 29.07.1944 while leading a counterattack.

Awarded for his leadership of the SS-Panzer-Regiment 11 during the final battles around Berlin. In the fighting east of and inside the city the unit destroyed 487 enemy tanks and was the backbone of many defensive battles, such as that on the 18.04.1945 west of Reichenberg (6 km north of Buckow). Here, out of a force of 70 Soviet tanks attacking from the Ringenwalde area, 50 were destroyed. 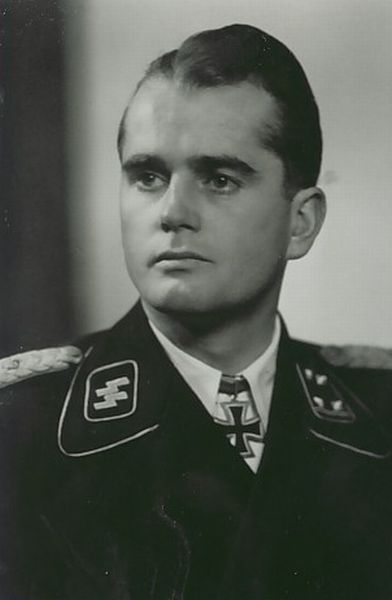