Awarded for his achievements during the combat near Rzhev in the winter of 1942-43. With his Kampfgruppe he destroyed a total of 110 Soviet tanks during this time, and he particularly distinguished himself during one particular engagement in which he established a Flak blocking position in the path of a major Soviet attack just in time. This ensured that the German frontline could remain intact.

In the heavy defensive fighting in the area of Orsha has Major Lamprecht, commander of a Hamburg light flak department, distinguished himself by showing exemplary bravery.

Lamprecht and his light Flak-Abteilung played a critical role during the breakout battles of the XXVII. Armee-Korps from the Orsha area in the time period 25.06.-01.07.1944. Either alone or in cooperation with the Sturmgeschütz-Abteilung Zettler, it contributed to the German efforts to escape on multiple occasions with Lamprechts leadership forming a key foundation for its successes. Ultimately the Korps was able to break out to the crossing over the Beresina at Shukowa. During the course of this whole attempt Lamprechts Abteilung shot down over 30 Soviet aircraft. Lamprecht would be decorated with the Oakleaves for his achievements during this very difficult period. 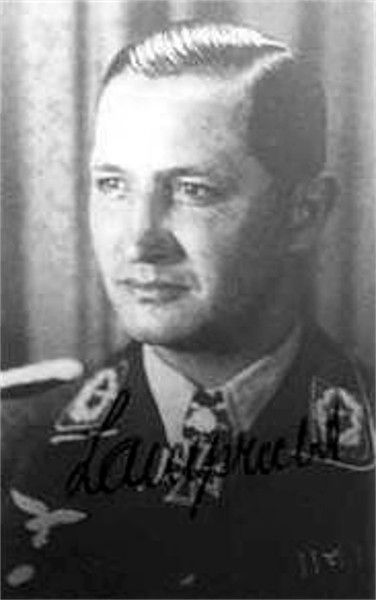