"During the attack upon Teterewino, Grasnoje and Kotschetowka, Thaler drove his tank at high speed towards the enemy. Together with two other tanks, drove succeeded in cutting off seventeen enemy tanks. Three of these were quickly knocked out. Soon after, Thaler's tank received a heavy frontal hit that led to the accelerator and gear shaft being damaged badly. The tank commander knew this damage was crippling and announced over the radio that this was the end of the line for them.

Johannes Thaler, however, had other thoughts. He personally worked on the damaged parts, and using some improvisation and under extreme physical exertion managed to get the tank working again. It was during this physical exertion, that Thaler suffered damage to his left hand. This left him only being able to use his right hand for all required actions. All of this was done under heavy enemy fire.

Once this was done, this tank went on to destroy seven more of the enemy tanks that were nearby. Thaler remained at the driving controls and maneuvered the tank into the correct position each time, despite the extreme pain he was suffering due to the earlier wound. He did not stop there and after the destruction of their tenth enemy tank, they recognized an enemy anti-tank position about 100 metres away. They advanced towards this, again under very difficult circumstances in relation to the mechanical state of the tank and the physical state of its driver. They succeeded in destroying two anti-tank guns and prevented the remaining two from firing, thereby removing this enemy threat. These additional achievements, not to mention the fact that a disabled tank surrounded by the enemy was an easy target, can be attributed solely to the quick independent actions of this brave tank driver. It resulted in a decisive outcome for the company and altogether thirty enemy tanks were destroyed, as well as the anti-tank guns." 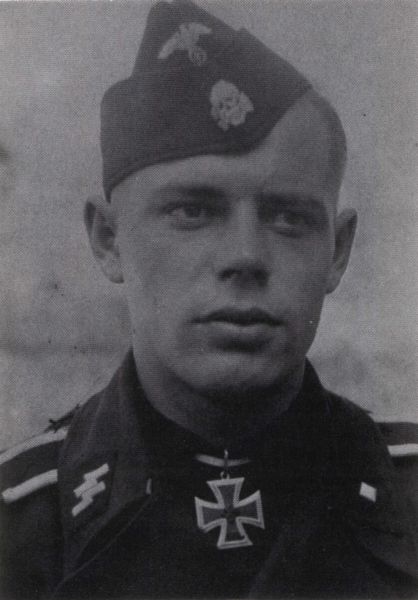