In early 1944 Major Karczewski and the remnants of Grenadier-Regiment 162 were deployed as a rearguard to the Krassnoje SseloKingisepp road after the Soviets had reached the KipenJamburg road. In the battle which followed Karczewski inspired his handful of troops to their greatest possible resistance by his personal example. He also helped to free open the German retreat route at Gurlewo, enabling the hitherto cut-off supply and combat troops to escape. For his actions in this time he would be decorated with the Knights Cross.

On the 13.01.1945 Major Karczewski and his Regiment repelled all enemy attacks east of Gumbinnen along both sides of the Reichstraße 1. They continued to achieve local defensive victories in this area and along the Angerapp river. In this time I. Bataillon was temporarily encircled, but broke out successfully after Karczewski gave the order. Near the end of the same month Karczewski was badly wounded. For his defensive achievements in East Prussia up until that time he was decorated with the Oakleaves. 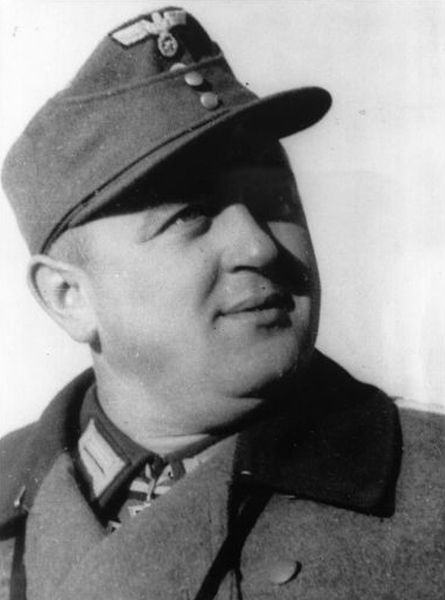