Kleinheisterkamps first Knights Cross recommendation highlighted his bravery and energy during the capture of the causeway from Bevelund to Walcheren. This was however turned down. The second Knights Cross recommendation was on the grounds of his swift capture of Rosenow and its undamaged bridges on the 04.07.1941 as well as his breakthrough of the Stalin Line with the subsequent capture of Sebesh on the 06.07.1941. This too was turned down.

It was only after a third Knights Cross recommendation, which covered his fighting in the area of the XXXXVI. Panzerkorps during early 1942, that he was finally decorated with the high award. This last recommendation reads as follows

I fully endorse this favourable assessment. As the acting divisional commander of the SS-Div. Das Reich during the especially hard winter fighting in the time period 10.01.-15.03.1942, Brigadeführer Kleinheisterkamp repeatedly distinguished himself. He is a commander that can be depended on in every situation and I recommend him for the Knights Cross.

Did his job very well. Is totally suited to be the divisional commander.

Awarded for his multiple acts of excellence during the bitter fighting on the Oder front east of Berlin, where his conduct was characterized by great personal bravery and prudent leadership.

Recomended by telegram on 19th April 1945. Received at the OKH on 23rd April 1945 and awaiting further awarding thrue proper channels. The official numbering stopped at 843. Formal presenting is uncertain, but according to the procedures and the last awarding date this should have been the 871st Award. 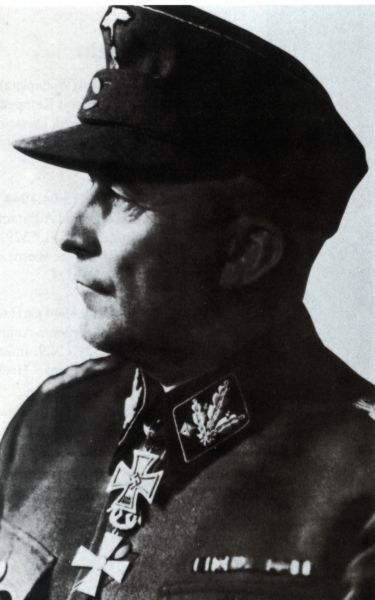