During the battle of France, following a series of heavy tank battles, the 1. Panzer-Division commenced its advance beyond the Meuse fortifications, going by the canal crossing at Malmy and pushing from here to Vondrosse. During this advance Oberleutnant Philipp took his Panzer Kompanie to a hill north of Vondrosse and held it against all enemy armoured counterattacks. Despite losing most of his own armour in the process, he remained in control of the hill until friendly reinforcements arrived. The capture of this hill was crucial for the overall situation of the Division, and in recognition of his carrying out this difficult task Philipp would receive the Knights Cross.

Awarded for his bravery and leadership abilities demonstrated during the fighting for Romania in summer 1944, as commander of a Kampfgruppe. He distinguished himself during a counterattack on 26.08.1944 against a Soviet tank spearhead advancing from the East (in the area around Maicanesti) towards its 20 km distant objective of Foscani. 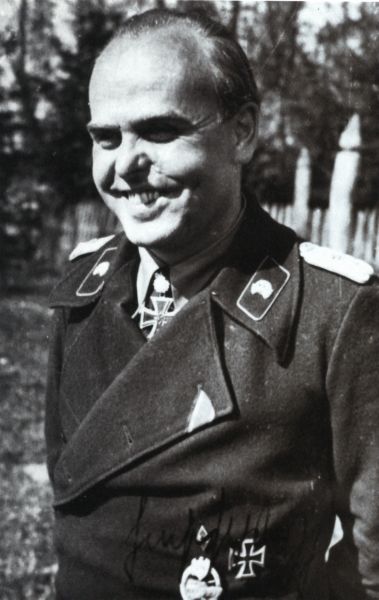