At the end of August 1943 Oberleutnant Elflein played a huge role in ensuring that his Division could disengage from the Mius. With his Kampfgruppe he succeeded in pushing back and smashing a force of broken-in Soviets via a counterattack he launched on his own initiative. This achievement made such an impression on the Soviets that they did not seek to press their advantage, and as such the German withdrawal was able to proceed without interference. Elflein would be awarded the Knights Cross for this achievement.

During the heavy fighting in the Nikopol bridgehead in November 1943 the Soviets succeeded in seizing a village of particular importance for the security of the bridgehead. In response Hauptmann Elflein launched a counterattack on his own initiative at the head of his 100 man strong Kampfgruppe, and this succeeded in ejecting the Soviets from the village. Over the next several days the Soviets made their own determined attempts to reconquer this village, attacking with infantry in up to regimental strength with the support of tanks. However they were consistently repelled by the efforts of Elflein and his men. Elflein would be awarded the Oakleaves for his actions here. 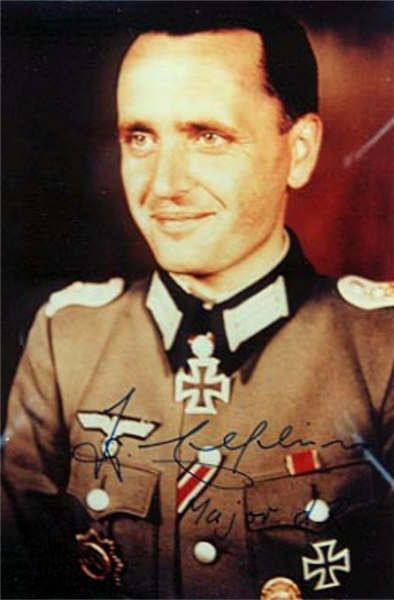