Klaus von Bismarck joined the 2nd Battalion of Infantry Regiment 4 on April 1, 1934.
1936: appointed battalion adjutant.
On October 1, 1936, he became platoon leader in the regiment's 8th machine gun company.
From the summer of 1937 he was adjutant of the 2nd Battalion. In the spring of 1939 he retired from active military service.
On August 1, 1939, he was drafted again and was a battalion adjutant in Infantry Regiment 4.
After the Polish campaign, he was promoted to lieutenant in the reserve and appointed as regimental adjutant.
In July 1941 he became chief of the 7th Company, in September 1941 he took over the 2nd Battalion.
Promoted to captain of the reserve, he was released from military service in the summer of 1943 to manage the family property.
In autumn 1944 he voluntarily returned to Grenadier Regiment 4 and became its commander.
In February 1945 he was promoted to lieutenant colonel. At the end of the war he was evacuated by ship to Schleswig-Holstein, where he was taken prisoner by the British.

After the war he became head of the social welfare office of the Evangelical Church in Westphalia and was appointed to the administrative board of the WDR. In 1960 he was elected director of the WDR. In March 1977 he became President of the Goethe Institute.

Oberleutnant von Bismarck significantly contributed to the capture of the important communications junction of Demyansk through the attack that he carried out on his own initiative and with outstanding personal bravery. On the following day he once again distinguished himself through his ruthlessness and initiative, launching an attack near Arkadowo that prevented a breakout by the enemy forces encircled in the Demyansk pocket.

The following press excerpt describes why Bismarck was awarded the Oakleaves

At the beginning of the Second Battle of Courland the Kolberger Grenadier-Regiment 4 was attacked by several Soviet divisions. Its commander, Major von Bismarck, was able to masterfully organize the resistance of his troops through his continual intervention at the hotspots of the fighting. In this time he led 3 successful counterthrusts with his regimental reserve under the heaviest Bolshevik fire. The steadfastness of his Regiment created the necessary conditions for the restoration of the situation. The Regiment and its commander were named in a Wehrmachtbericht supplement of the 24.11.1944.

"The 4th Greandier-Regiment under the leadership of Major Bismarck distinguished themselves by showing exceptional firmness." 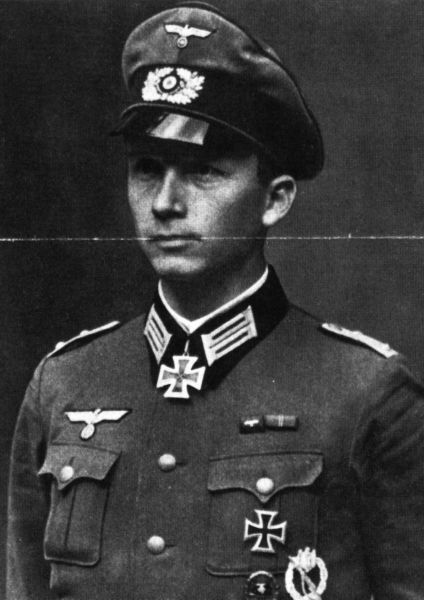