Timoer Michailovitsj Froenze was born in Charkov, Ukrain on 5th April 1923. He was the son of Michail Vasiljevitsj Froenze, the famous revolutionary who was a major figure in the Red Army during the Civil War. After his fathers death, Timoer was adopted by the later Marshall of the Soviet Union, Kliment Vorosjilov, also a major Soviet person.

in 1938, Timoer became a member of the Komsomol. After this he attended the special Primary Airforce chool. In 1940 het enlisted in the Red Army. With excellent grades het ended his courses at the Militairy Airforce School Katsja on the Crimea.

His plane crashed only 500 yards from the village Otvidno, near Staraja Roessa. Froenze was buried at that site. He received posthumously the title "Hero of the Soviet Union"on 16th March 1942 and recieved the Leninorder. In the 50's of the 20th Century, Froenze was reburried at the Novodevitsjij Cemetery in Moscow. In Moscow, Staraja Roessa and Velikij Novgorod, streets were named after him.

Lieutenant Frunze was awarded the title 'Hero of the Soviet Union' because he fulfilled nine combat missions in ten days time, protecting the troops near the city of Staraya Russa. On 19 January 1942 Frunze patrolled near Staraya Russa together with two other aircraft, protecting the ground troops against aerial attacks. Soon 30 enemy bombers and eight enemy fighters appeared on the horizon. The three Soviet aircraft attacked the fighters. Some German planes were shot, but after a while Frunze had lost his wingmen. He continued fighting alone, but shortly after running out of ammunition he was shot down by a German fighter. All in all, Frunze participated in three air battles and shot down two of three enemy planes. 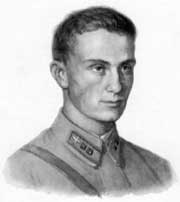 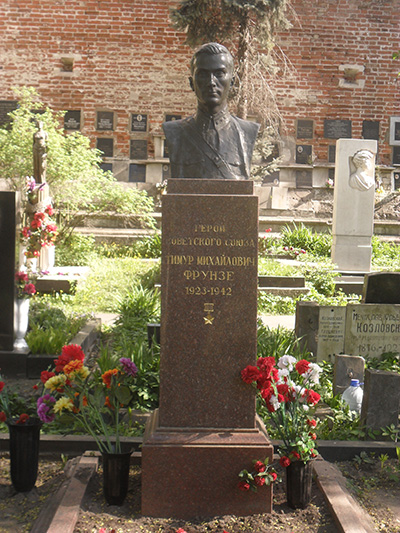