During the fighting for the Orel salient in mid-1943, on the 22.07.1943, the Panzergrenadiers of the 4. Panzer-Division found themselves being pushed back to the east by Soviet forces that were trying to encircle them. A particularly critical situation developed on the far right wing of the II./Panzergrenadier-Regiment 33. On his own initiative, Obergefreiter Kunert began appropriate countermeasures. With only a few soldiers from his squad he managed to retake the old German position and thereby greatly assist the German efforts in this battle. For his decisiveness and bravery here he would be awarded the Knights Cross.
2128th Award.

The Oakleaves After a Heros Death:

During an attack southwest of Mitau, Unteroffizier Kunert was able to sustain the offensive drive of his entire Bataillon by launching a bold assault of his own at the head of his squad. When the German advance temporarily stalled in the face of a powerful enemy defense, Kunert eliminated a hostile MG crew despite being greatly endangered himself by Soviet tanks. After this he began the assault anew with a handful of Panzergrenadiers and led the attack until it reached its objective. A few days later this brave Unteroffizier died a heros death.
606th Award. 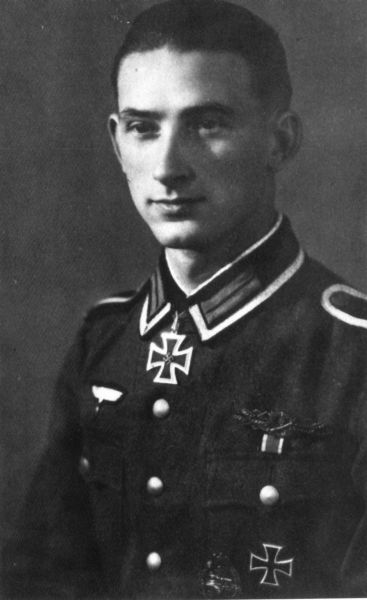