On October 12 1944, roland Beamont was shot down by Flak 8 miles Southeast of Bocholt whilst attacking a heavily defended troop train. He was captured and imprisoned at Stalag III at Luckenwald near Potsdam. He spent the rest of the war as a prisoner of war and was eventually released by the Russians in September 1945 who liberated the camp in May 1945

Citation:
"This officer has displayed great skill and efficiency during a long period of active operations. He has completed many night flying operations and, on two occasions, has assisted in damaging several aircraft on the ground in spite of intense opposition from the defences. He has personally destroyed at least five enemy aircraft".

Citation:
"This officer is an exceptionally skilful and courageous leader. Recently, during a period of 5 weeks his squadron has damaged 22 locomotives and rolling stock and destroyed at least 4 Focke Wulfe 190's; 12 of the locomotives were damaged by Squadron Leader Beamont. By his fine fighting qualities and great abiliy, this officer has contributed in a large measure to the success of the squadron he commands".

Awarded as a bar for on the ribbon of the fisrt dfc.

Citation:
"This officer is an outstanding leader, whose great skill, drive and determination have contributed in a large measure to the high standard of operational efficiency of the squadron which has achieved great sucuccess. Since January, 1943, Squadron Leader Beamont has put out of action 13 locomotives and many lorries in determined attacks at night. This officer has set a most inspiring example".

Citation:
"This officer by his exceptional skill, brilliant leadership and great drive has quickly built up a fine fighting force whose notable successes are a splendid testimony to their efficiency and resolution. Within a short period recently, Wing Commander Beamont has destroyed 2 enemy aircraft and attacked numerous locomotives, barges and mechanical transport. His record is most impressive". 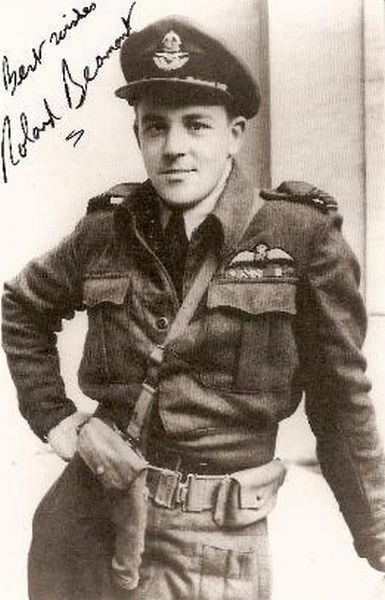