Citation:
"In recognition of distinguished services in the Middle East (including Egypt, East Africa, The Western Desert, The Sudan, Greece, Crete, Syria and Tobruk) during the period February 1941 to July 1941."
Recommendation:
"This officer has been working for the past seven months on the Joint Planning Staff at G.H.Q. Middle East Forces. He has been tireless in his efforts and by his excellent work has contributed very considerably to the successful preparations of operations undertaken in the Middle East during this period."

Citation:
"In recognition of gallant and distinguished services in the Middle East."
Recommendation:
"During the Battle of Alamein which began on 31 August 1942 and lasted for six days, Brigadier De GUINGAND's work as chief of staff, EIGHTH ARMY, was of the very highest order. His duties embraced all sections of the staff, and also the general control of the battle during my own absence in the forward area. Hie work during the whole period was outstanding and contributed greatly to the success achieved by EIGHTH ARMY in this most vital battle.

Citation:
"In recognition of outstanding services during the operations resulting in the capture of Tripoli".

Citation:
"In recognition of distinguished services in Sicily."

Citation:
"In recognition of distinguished services in connection with the operations in Normandy."

"On Major General de Guingand fell the heavy responsibility of organising and coordinating the work of an Army Group Headquarters for the greatest amphibious assault that has yet taken place. An Allied Headquarters with an integrated United States/British Staff was something new. That it worked so well was chiefly due to this Officers outstanding ability. Since the assault on the Normandy beaches, many and varied operations have taken place. The very high standard of staff work that has been produced in connection with these operations is primarily due to Major-General de Guingand, whose ability, energy, tact and great devotion to duty has been quite exceptional."

Date is the date of permission to wear the decorations by the King.

Citation:
"In recognition of of gallant and distinguished service in North-West Europe."

Citation:
"In recognition of gallant and distinguished service in North-West Europe."

"Major-General de GUINGAND was Chief of Staff to the Commander-in-Chief 21 Army Group throughout the campaign in North West Europe. His great kill and the manner in which he coordinated the staff of 21 Army Group headquarters were outstanding factors in the operations which were successful in liberating HOLLAND."

Date is the date of permission to wear the decoration by the British King.

Citation:
"Major General Sir F.W. de Guingand was Chief of Staff, 21 Army Group, both during the preparation of operation "Overlord" and during the operation itself and the operations that followed it. The great victory that resulted in driving the German Armies back across the borders of France was in no small measure due to the zeal and perseverance of this brilliant Staff Officer." 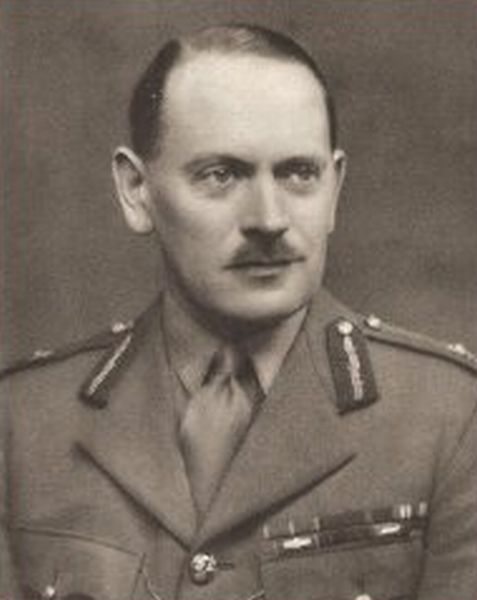