Edward Joseph Gallant was born on March 29th, 1922 in Waltham. After some years the family move to Somerville near Boston. At the age of 9 years he dropped out of school due to dyslexic and because he needed to help providing income for the family. He started selling fish in Boston. He never learned to read or write.
He enlisted at Boston, Massachusetts on December 3rd, 1942. After mustering into the reserves at Fort Devens, he was activated at Camp Gruber in Oklahoma as member of the 88th Infantry Division. After training he was shipped to North Africa.
He first saw action on May 11th, 1944 and was seriously wounded on May 12th, 1944 from sharpnel of mines. The back of his left leg was blown open from the impact. Miraculously he survived his wounds and was evacuated from the field on May 14th, 1944.

After the war he worked as a baker, Carpenter and later as a sheet metal febricator with the Raytheon Company. He retired in the mids 1970's and later was declared 100% service connected disabled.

Edward Joseph Gallant passed away on April 12th, 2011 in Milford. He received a military funeral and was buried at the Mount Feake Cemetery, Waltham, Massachusetts.

Citation:
"For gallantry in action. On 11-12 May 1944, on Hill # 316 in the vicinity of Mt. Cianelli near Ventosa, Italy, Private First Class GALLANT placed himself voluntarily in advance of his company, disregarding the continuous and murderous enemy artillery, mortar and small arms fire. Although a mine exploding near him threw him to the rocky ground, stunning and bruising him, and enemy artillery shells were bursting around him, he proceeded ahead of his platoon when they were pinned down by fire from four enemy machine guns less than one hundred yards away. He laid down fire from his Browning automatic rifle with deadly precision, which knocked out the enemy machine guns and allowed the platoon to press forward. Private First Class GALLANT again voluntarily advanced ahead of his company during the daylight attack of the following morning and wiped out four more machine gun nests which were holding up the advance of the company. This action made it possible for the company to take its part of the battalion objective. He also accompanied a combat patrol later sent to wipe out enemy positions on the rear slope of Hill # 316, giving the patrol accurate supporting rifle fire until he was wounded. He accounted for eight dead, three wounded and three captured. His courage and bravery, plus an unusual amount of initiative, served as an inspiration to his fellow soldiers and proved instrumental in the success of the day's battle. His heroic deeds are a credit to the highest standards of the armed forces." 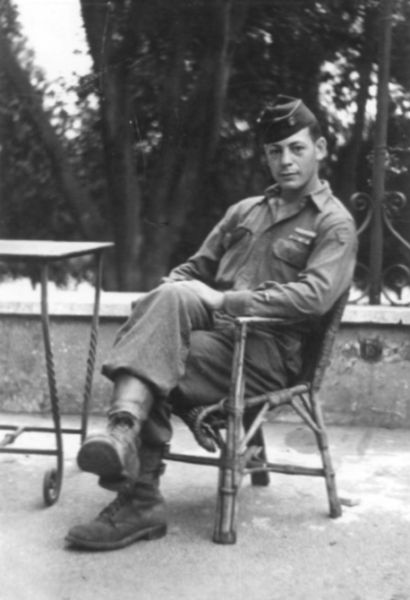