Awarded for his Abeilungs exceptional achievements in the time period 04.-16.09.1943. A particular success came on the 11.09.1943. On this day Fechner led a newly assembled armoured group (comprised of the II./Pz.Rgt. 23, elements of the Pz.Rgt. 33, the II./Pz.A.R. 102, the 3./Pz.Pi.Bt. 86 and the I./Pz.Gr.Rgt. 11) out of Podubnyj, advanced through Iwanowka and Fedrowka to the north, and thereafter captured Kamenka and the Meshewaja train station while utilizing the shock effect of a friendly Stuka attack. By this action the supply road for the Soviet 23rd Tank Corps (which had broken through to the west) was blocked. In a further thrust towards Poputnyj the gap between the 6. Armee and 1. Panzer-Armee was almost closed. 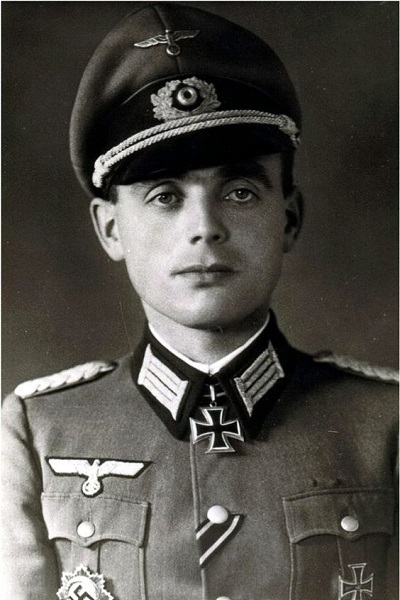