Known as Iain, he joined the RAFVR in 1938 and qualified as a pilot in 1940. Initially flying Spitfires with No. 266 Squadron, he did a lot of night flying, which eventually led to him being posted to No 256 Squadron, a night fighter unit. He was unsuccessful whilst flying from the UK, but in July 1943 he led a detachment to Malta to take part in providing cover for the invasion fleet during the Sicilian landings and he soon began building a score, with the assistance of his observer, Flight Lieutenant H.I. Davidson. Between July 12th and August 31st, 1943, he was credited with 14 enemy aircraft destroyed, with five being brought down on the night of 15/16 July and two each on 16/17 July and 25/26 July.
After a rest in September 1943, he joined No 151 Squadron and now undertook night ranger operations over Northern Europe, before moving to No. 29 Squadron. In December 1944 he took command of the same Squadron and remained with the squadron to the end of war and beyond. His score at the end of the war was 14 enemy aircraft destroyed.
Various staff postings followed until 1950, when he took command of the all-weather fighter wing at Coltishall and in 1953, he led a flight of Vampire's during the Coronation Review flypast. A period at the Joint Warfare Establishment was followed by three appointments at the Air Ministry before he became Commandant of The Officers and Aircrew Selection Centre at Biggin Hill, which was his final posting.

Citation:
"As pilot and observer respectively (F/O, H.J. Davidson R A A.F.) these officers have displayed exceptional skill in recent operations over Sicily. One night in July, 1943, they destroyed two enemy aircraft, while the following night they destroyed one more. Two nights later, during one sortie they shot down four Ju 88s and one Cant 1007. Again, on the following night, they destroyed two more hostile aircraft, and thus in three nights' operations obtained ten victories."

Citation:
"As observer and pilot respectively, these officers have displayed rare skill in night operations. In two recent nights they have destroyed 3 enemy aircraft, bringing their victories to 13, all of which have been obtained in July, 1943. Their record is outstanding and worthy of the highest praise." 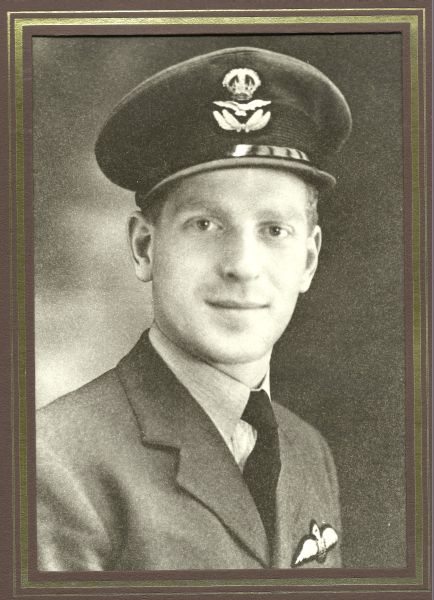