Bernhard Flachs was killed on 8th December 1944 near Bedburg-Erft. At that moment he was Inspekteur der Sturmgeschütz Schule Burg and on a tour at the front. When he was killed he held the rank of Major and was posthumously promoted to Oberstleutnant.

Bernhard Flax joined the army in 1934 and became a battery officer in the artillery regiment 14 in 1936, with which he participated in the Poland and West Field Train. During the Russia Field train he was commander of the artillery regiment 149. For its leadership, he was awarded the Knight's Cross on December 30, 1942. In March 1943 he became a commander of the Sturmgeüst Department 277, with which he proved himself several times on the front, for which he was awarded the oak leaves on January 31, 1944 as a captain. In April 1944 he became inspector of the Sturmgützschule Burg. In a front inspection in the Cologne area, he fell on December 8, 1944.

Awarded for his achievements during the march to the Caucasus. In this time he prevented Soviet breakthrough attempts on several occasions.

Awarded for the achievements of his Sturmgeschütz-Abteilung during the summer/fall of 1943. During the fighting east of the Dnieper, near Melitopol, Hauptmann Flachs and his Abteilung destroyed 46 Soviet tanks in the time period 27.-30.08.1943 (of which Flachs personally destroyed 2 with close combat weapons). Some time later, near Novo Mountal, his Abteilung destroyed 54 Soviet tanks in a single day. The Abteilung would go on to distinguish itself south of Zaporozhye. Hauptmann Flachs and his Sturmgeschütze launched a counterattack on Flachs own initiative that threw the broken-in Soviets back, recaptured the old frontline and destroyed 7 tanks in the process. 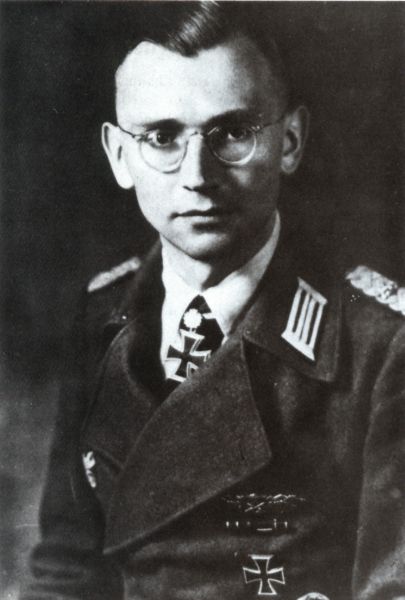