Service number 147097.
John Edward Haselden was born August 10th, 1903 in Ramleh near Alexandria in Egypt, the son of Henry Ernest Haselden and Maria Ester Angela Cazzani. April 29th, 1931 he married Nadia Ida Marie Szymonski-Lubicz in Alexandria. Before the war, he was employed by Anderson, Clayton & Company, a cotton trader. Jock Haselden was fluent in Arabic, French and Italian.
He entered military service at the outbreak of WW 2. Initially he was posted to the Libyan Arab Force. From July 13th, 1940, onwards, he served on the GR Staff Middle East, specializing in commando operations. Subsequently he was named Western Desert Liaison Officer at 8th Army HQ, working closely together with the Long Range Desert Group.
John Edward Haselden was killed in action during a raid on Tobruk, Lybia on September 14th, 1942. His name is engraved on the Alamein Memorial at the Commonwealth War Cemetery in Alamein, Column 85.

Citation:
"Capt. Haselden was landed from a submarine behind the enemy's lines on Oct. 10th 1941 to reconnoiter for a possible operation in conjunction with local Arabs. In order to decrease the risk to the boat crew, this officer swam ashore in the dark and, after reconnoitering, signaled that it was safe for the boat to come ashore. He remained in enemy territory until picked up by one of our patrols at a given rendezvous on 19 October (R-Patrol under Capt. Jake Easonsmith). During this period, in which he was in constant danger of being arrested and shot, he collected valuable information both regarding the local Arabs and the movement of enemy troops. The success of the reconnaissance was largely due to the high degree of courage, determination and clear-thinking possessed by this officer".

Received in recognition of gallant and distinguished services in the Middle East during the period May, 1942 to October, 1942.

Recommendation:
"During the period 10th to 20th November, 1941, Lieutenant-Colonel Haselden was dropped by the long range desert group in the area of Slonga, prior to the raid carried out by a detachment of the Middel East Commandos on General Rommel's Headquarters at Sidi Rafa.

Wearing a British Battle Dress and Arab headdress he walked a distance of nearly 100 miles through the heart of the enemy territory in order to make certain reconnaissances prior to the landing of the detachment. After ascertaining the situation regarding enemy and frinedly Arab forces in the area he made his way to the selected beach and there awaited the landing which he guided in by pre-arranged signals.

Having passed on vital information about the enemy which was immediately transmitted by the Royal Navy to Cairo, and having explained the situation ashore to the raiding party and guided them towards the objective, Lieutenant-colonel Haselden again made his way through miles of enemy territory to his appointed rendezvous with the long range desert group. On his journey back he succeeded in disrupting vital enemy communications.

Lieutenant-Colonel Haselden's fearless action is worhty of the highest praise. The success he achieved was largely due to information he had gained during his recconnaissance."

Second MC received in the form of a bar to be worn on the ribbon of the first MC.

Received in recognition of gallant and distinguished services in the field. 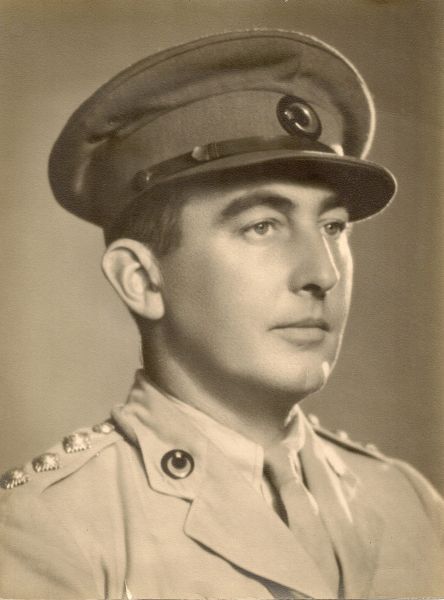 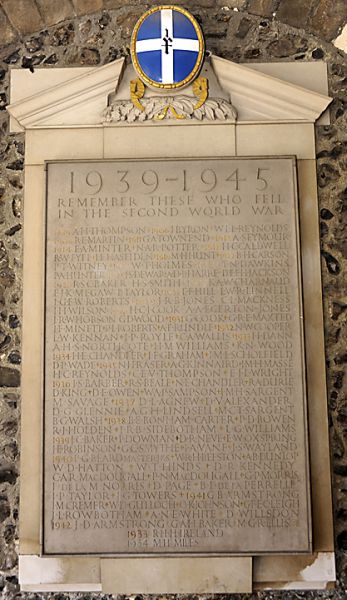