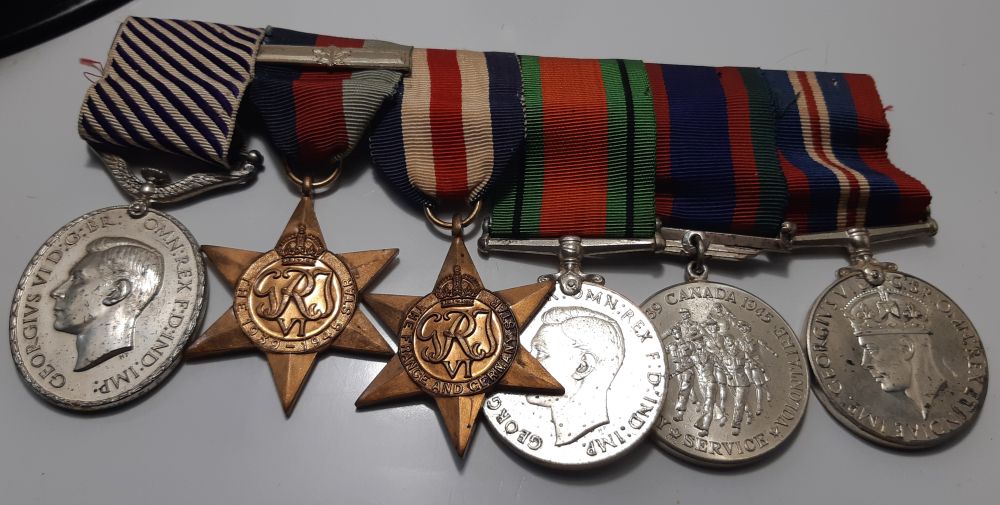 Citation:
"As mid-upper gunner this airman has participated in a large number of sorties, including attacks on such targets as Dortmund, Brunswick, Bolmen and Kiel. He has at all times displayed the greatest determination and devotion to duty. On many occasions his aircraft has been attacked by enemy fighters. His timely combat manoeuvres and good shooting on these occasions have played a good part in the safe return of the aircraft."