Robert Carter joined the RAF as an Aircraft Apprentice in 1927 and three years later won one of only two cadetships to the RAF College Cranwell.
In April 1939 he became Commanding Officer of 150 Squadron which was equipped with the Wellington bomber.
On September 9th, 1942 he took over commando of 103 Squadron.

A portrait of Carter appearded in Jonathan Black's 'The Face of Courage: Eric Kennington, Portraiture and the Second World War'.

Citation:
"In July 1941, large scale attacks were made on German warships at Brest and La Pallice (including the Gneisenau, Scharnhorst and Prinz Eugen).
A smaller attack was made on Cherbourg. The operation was carried out in daylight and extremely heavy and accurate anti-aircraft fire and fighter opposition was encountered by all aircraft when approaching the targets, which at Brest were protected by a balloon barrage. The air crews engaged, succeeded, nevertheless, in securing direct hits on their objectives and inflicting very severe damage in the target area. During the combat with enemy fighters 21 hostile aircraft were destroyed and others were severely damaged. The precise timing of the attack by the various formations of aircraft and their correct approach to and accurate bombing of the objectives in the face of such powerful opposition demanded great skill and high courage. The great success of these operations was largely due to the bravery, determination and resource displayed by the following officers and airmen, who participated in various capacities as leaders and members of the aircraft crews"

Citation:
"Since being awarded the D.S.O. Group Capt. Carter has participated in a number of operational sorties over enemy territory, including attacks on targets at Aachen, Essen, Hamburg and Mannheim. He has obtained some excellent photographs." 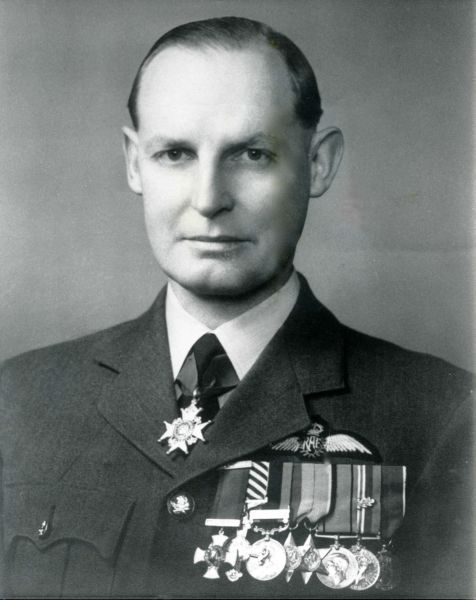