In July 1943 the enemy broke into the positions with 12 tanks. Leutnant Gsell led his Zug in a counterattack and personally destroyed 5 tanks. On the next day the enemy repeated his breakthrough attempts with 50 tanks deployed in waves. Once again Gsell launched a counterthrust and destroyed another 12 enemy tanks with his Zug. He then held the village until the friendly infantry had become firmly settled in a new defensive position.

In the middle of November 1943 Leutnant Gsell had pulled up by himself into a village located in the Retschiza area. 22 enemy tanks drove up from the rear without spotting Gsell and his Panzer. 11 of these were knocked out by Gsell from a range of 80-100 metres, the rest were destroyed by his Zug.

At the start of January 1944 Leutnant Gsell advanced against a heavily occupied village at the head of his Kompanie without radio contact to the Abteilung. Even though his main gun jammed, Gsell drove unflustered into the village. He opened his commanders hatch and threw grenades into the ranks of the bewildered Soviets. Meanwhile the Kompanie had surrounded the village and then proceeded to wipe out the foe.

When a Soviet penetration took place shortly afterwards in the neighbouring village at the boundary between two German Panzer-Divisionen, Leutnant Gsell deployed his Kompanie towards the village on his own initiative. He eliminated the enemy garrison and held the village for days along with Panzergrenadiers against a much numerically superior enemy. This act took place during the defensive battle near Kalinkowitschi, which began on the 08.01.1944. 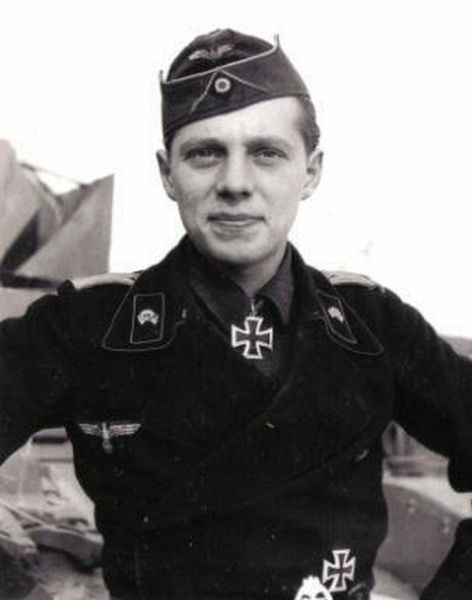