George Redford was Flight Engineer with No. 35 "Pathfinder" Squadron.
At the time of the recommendation Redford had flown 55 sorties and had 241 flying hours.

On November 18th, 1944 the Lancaster with on board 7 crew members carried out an overshoot procedure on landing at RAF Graveley but crashed 1,5 miles South of the aerodrome killing five of the crew members including Flight Sergeant Redford.

Recommendation:
"Flight Sergeant Redford has taken part, as a Flight Engineer, in many attacks against the enemy and has consistendly proved himself to be capable under all conditions.
He has recently operated in a crew engaged in a vital marking role and his enthusiasm to fly and his coolness under the heaviest engagement by ground defences, has gained him the confidence of his crew.
It is considered that this NCO's record of many sorties successfully completed coupled with the example he sets to his fellow aircrew fully merits the non-immediate award of the Distinguished Flying Medal." 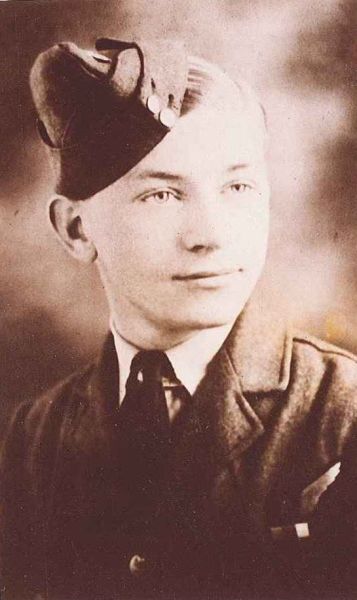