Karel Theodoor Hendrik Anton Meinrad, Count of Flanders, Prince of Belgium, functioned as Regent-ruler over Belgium from 1944 until 1950.

By direction of the President, the Chief Commander Degree of the Legion of Merit is awarded for exceptionally peritious conduct in the performance of outstanding service from 1940 to the present date.

His Royal Highness Prince Charles, during the occupation of Belgium by the forces of the enemy, at considerable personal risk to himself, contributed greatly to the success of the Allied cause and the liberation of His country, by actively participating in Belgian resistance.

As Commander-in-Chief of the Belgian Army after the liberation of His country, Prince Charles, Regent of Belgium, has spared no effort to encourage the thorough preparation of his Nations Military Forces, thereby enabling them to participate most worthily in the fight against the common enemy."

Ambassador Sawyer:
"It is a mark of respect and esteem in which Your Royal Highness is held by the people of my country and by the President, and symbolizes their appreciation of the service which you have rendered not merely to your own country but to all of the Allies by your personal conduct during the German occupation and your handling of the affairs of your country since its liberation.

May I add a personal word. The opportunity which my position as Ambassador to Belgium had given me to observe closely your direction of the affairs of your country has enhanced my respect and admiration and has made clear to me that the people of Belgium has been extremely fortunate to have had your guidance in this most critical period of your nations history." 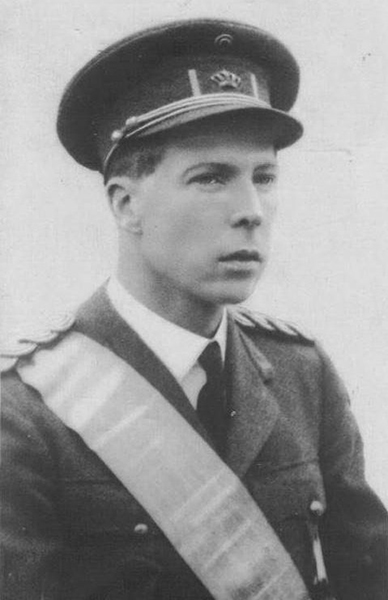