On the 05.02.1945 the Soviets achieved a penetration in the area of the Grenadier-Regiment 123 near Gut Loschen (east of Preußisch-Eylau). In response Giese assembled the regimental reserve along with a few Sturmgeschütze and launched a counterthrust. This was successful, but done at the cost of Gieses own life. In recognition of his bravery and self-sacrifice here he would be awarded the Knights Cross. 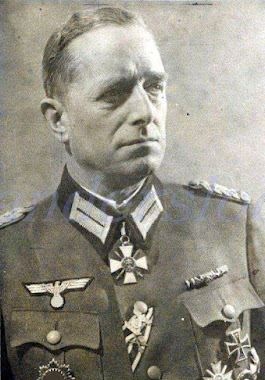