397th Award.
Received the clasp when it was introduced.

During the thrust into the city of Mirgorod Grüner succeeded in extinguishing the flames that were consuming the bridge located there in an exceptional display of duty, in which he paid no attention to the enemy elements in his rear. As he was doing so he noticed a Russian column with heavy AA guns, artillery and tanks that was approaching the bridge. Recognizing the favourability of the situation Grüner ruthlessly attacked this column. After its destruction he pressed on through the other district of Mirgorod up to the high ground located southeast of the city.

Awarded for his Abteilungs successes near Cherkassy in early 1944. On the 10.01.1944 Grüners Abteilung (as part of Kampfgruppe Palm) distinguished itself during the 30 km thrust from Kobylnia (NE of Vinnitsa) through Lossowataja, Boblowo and Kassakowka. His unit also succeeded in freeing the divisional staff in Obodnoje while destroying 11 T-34s.

On the 25.01.1944 Grüner oversaw the building of a bridge in the Gornyj-Tikitsch sector (SW of Kharkov) despite the extremely difficult conditions, and in doing so permitted successful German countermeasures in the area. 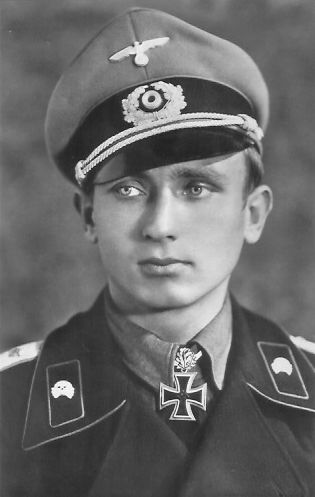