On the night of the 17./18.01.1945 Herzog and his Brigade were emplaced for defense in the area Mackheim-Kolno. The enemy crossed the Orzyc river and began advancing along both sides of the Baranowo-Praschnitz road (east of Dronschewo), threatening to break through the boundary between the 129. & 292. Infanterie-Divisionen (both of which were attached to the XX. Armee-Korps).

In response to this enemy thrust, Oberstleutnant assembled two squads from his Bataillon and mounted them aboard SPWs. He then sent them into a counterattack against the enemy flank. After committing about two additional companies Oberstleutnant Herzog continued his push up to the village of Raki (3 kilometres south of the Baranowo-Praschnitz road) and threw back the overwhelming enemy forces located here. 120 dead Soviets were counted on the battlefield subsequently.

Through this bold and energetic attack the old German line was restored and the enemys base of attack in Raki was broken through. 6 enemy anti-tank guns were also captured during the course of this operation.

Oberstleutnant Herzog distinguished himself by the bravery he showed during this attack, which in turn brought about a decisive defensive success for the Korps. He would be awarded the Knights Cross for his actions here. 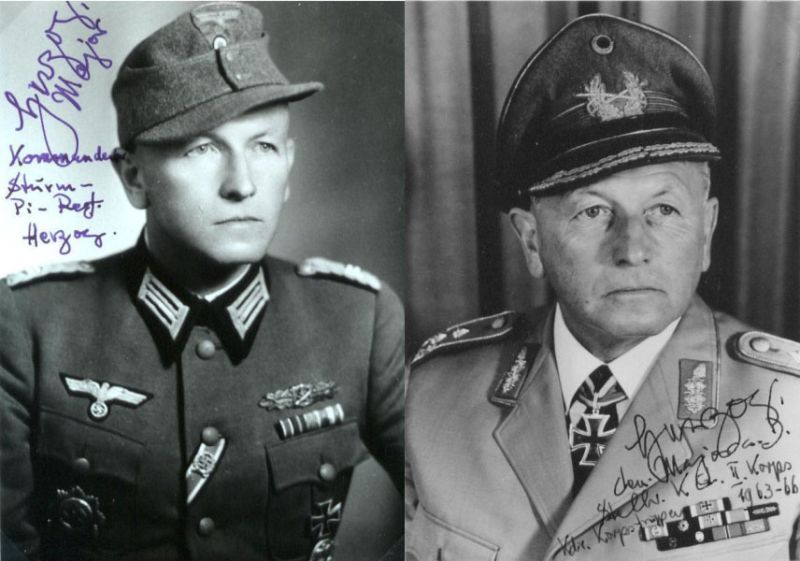