Wagner joined the Luftwaffe on April 1st 1938, a year later he became a paratrooper.
His first assignemnt was with the II Battalion, 1st Parachute Regiment fighting in Poland and Holland: he recieved his Iron Cross 1st Class.
He later took part in the invasion of Crete with the 6th company 1st Regiment landing near the Heraklion airfield. Although wounded, he led an assault which eliminated thre British anti-arcraft positions and he personally knocked out one of the few tanks on the island with hand grenades. After personally reading the 1st Parachute Regiments battle account, Reichsmarschall Herman Göring recomended him for the Knights Cross which he recieved July 28th, 1942.
In early 1944, he was assigned to the newly forming 6th Fallschirmjäger Regiment as C.O. of the 9th Kompanie which he led until June 7, 1944 when he was killed by a direct hit on his command dugout by an artillery shell.

"At the suggestion of Luftwaffe Commander-in-Chief, Reichsmarschall Goering, the Führer has awarded the Knights Cross of the Iron Cross to Leutnant Helmut Wagner, Zugführer in a Fallschirmjäger-Regiment.
Leutnant Helmut Wagner, born in Köslin on the 18.08.1915, was awarded the E.K. I for outstanding bravery during the campaign in Holland. During the battle of Crete, he jumped into battle with his Zug near the airfield at Iraklion and here (in spite of being wounded in the foot before even hitting the ground) he demonstrated unusual bravery and heroism. Despite being wounded five times, he fought on in seemingly hopeless situations and was able to bring the best out of his troops. In the course of the fighting, he eliminated 3 enemy anti-aircraft positions with minimal forces and even destroyed an attacking tank with hand grenades. This award is also a tribute to his brave battle group deployed on the same battlefield." 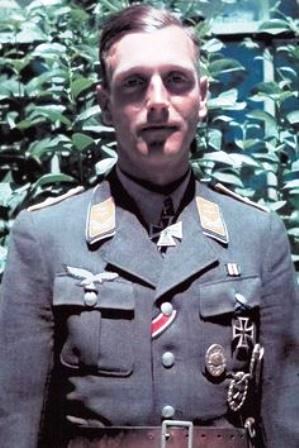 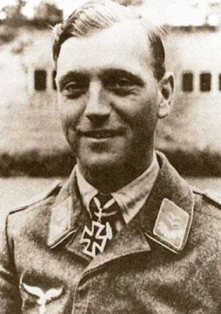