Joined HMS Ganges on 11th November 1914. He was a Seaman Gunner. First ship was HMS Warspite and he took part in the Battle of Jutland on 31st May 1916. Later he was posted aboard HMS Cockchafer and HMS Bee which were River Gunboats stationed out at China Station. On 7th December 1927, he transferred to the Royal Naval Fleet reserve as a Leading Seaman (Gunner). His served throughout WW2 and saw service in the Far East fighting against the Japanese. 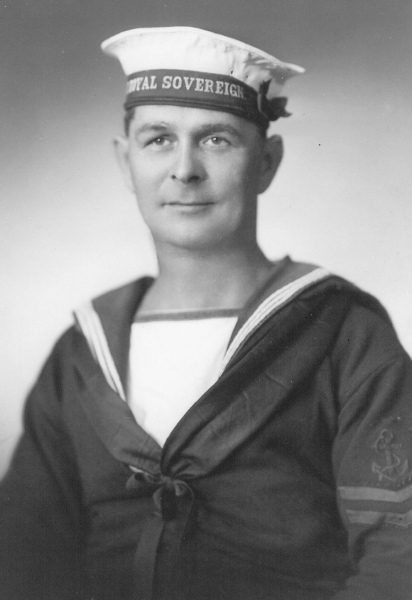