Leslie Arthur Rickinson was born on May 26th, 1917. He followed his education at the Longton High School. At the age of 16 years, he was admitted to an "Air Training School. He passed out as Leading aircraftman after three years and was stationed with a flying boat squadron in Singapore. Short after the outbreak of World War Two he received his "wings". Was killed on May 13th, 1943 when his No. 83 Squadron, Avro Lancaster I W4955, OL-R.was damaged by flak and then shot down by Night Fighter at 02:17, crashing at Eemnes.

Citation:
"This officer has been on operations in Blenheim and Wellington aircraft for a total of nine months, during which period he carried out both day and night sorties.
Throughout his 'tour' of operations he has at all times set a splendid example to other members of the squadron by his determination, skill and devotion to duty. His sense of humour and discipline was largely responsible for the good results obtained by the crew.
If there was a difficult job to be done there could always be relied on Pilot Officer Rickinson to get there and obtain the best results.
His last sortie resulted in severe damage to the rear turret, the rear gunner bailed out and the second pilot was seriously injured by an enemy night fighter. He brought the aircraft back and landed safely with bombs on." 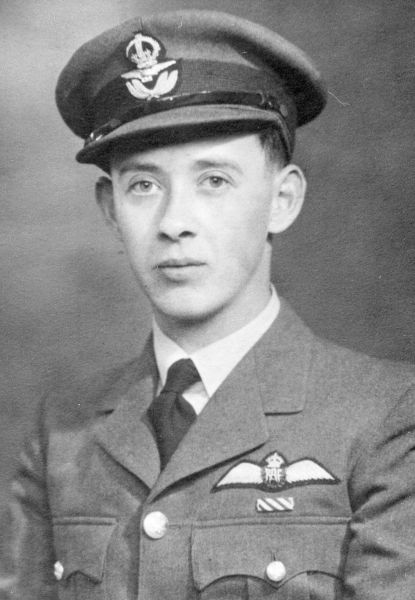