Hauptmann Rubensdörffer served as a Staffelkapitän in the Polish campaign. Later, as a Gruppe commander, he and his flyers achieved great successes against ships, fortifications and airfields. His Gruppe sunk 110000 GRT worth of merchant shipping as well as 3 destroyers and 5 patrol boats. It also destroyed a large number of English aircraft. His outstanding technical knowledge enabled him to innovate new ways in which to employ the assets of the Luftwaffe. Showing great personal boldness, he also flew almost every sortie while at the head of his Gruppe and thereby gave his crews a splendid example of soldierly conduct. 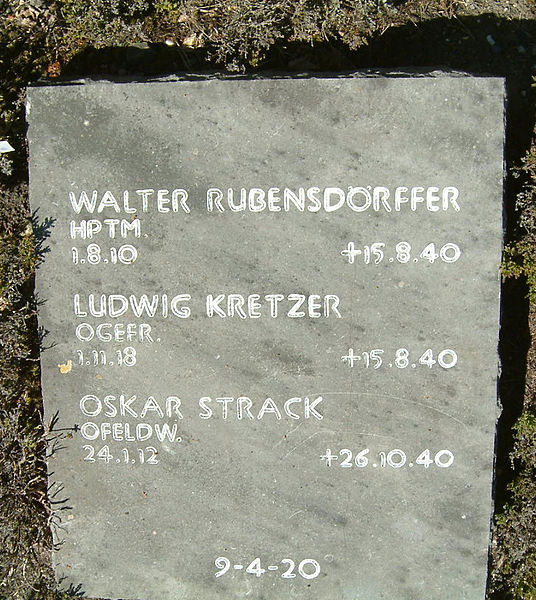