After strong Soviet forces had broken through NE of Lemberg, Oberleutnant Keese received the order to create and secure a bridgehead encompassing two key road bridges. He was to hold it at all costs against any Soviet forces that broke through to allow German formations further east to retreat across the bridges if necessary.

Following its construction, the bridgehead suddenly came under attack in the middle of the night by hostile tanks. Soon no less than 21 enemy tanks had penetrated into the small bridgehead with mounted infantry. In this critical situation Oberleutnant Keese went from Pionier to Pionier in order to inspire his men to fight. They engaged the opposing armour with hand grenades and Panzerfausts, crushed the escorting infantry and inflicted heavy losses on the Soviets.

When the Soviet infantry were preparing for a new attack later on, Oberleutnant Keese conducted his own spoiling attacks that inflicted great losses on them and disordered the Soviets to such a degree that they fled to a nearby forest.

Keese would be awarded the Knights Cross for his role in securing this small bridgehead despite the great forces set against him.

During the fighting in Silesia, a group of Soviet armour broke through to the last German retreat route. In response Hauptmann Keese immediately moved to the threatened position and counterattacked the Soviets with his Bataillon staff. They knocked out a hostile tank with a Panzerfaust and forced the rest of the group to pull back.

All subsequent Soviet attacks were repulsed by the 80-man strong Kampfgruppe of Hauptmann Keese, and another 5 hostile tanks were destroyed in close combat. By this action they enabled other German forces to withdraw as planned behind the Sprotte river. For this defensive victory, conducted with only scant forces, Keese would receive the Oakleaves to his Knights Cross. 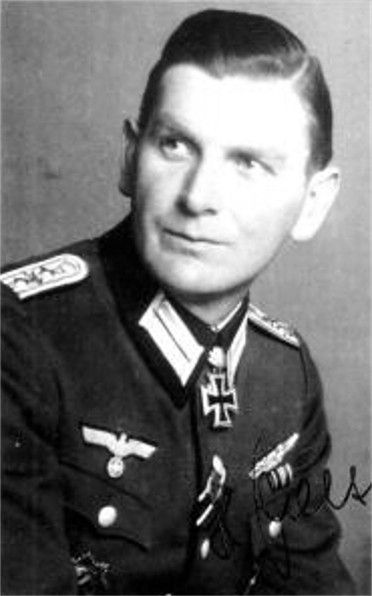