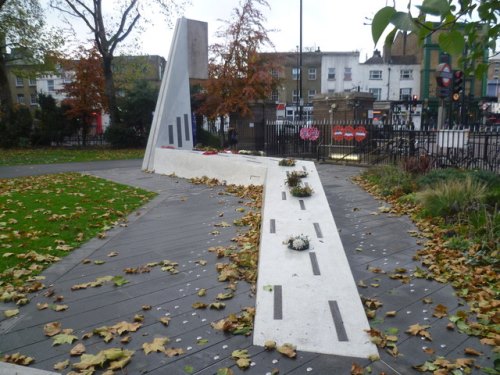 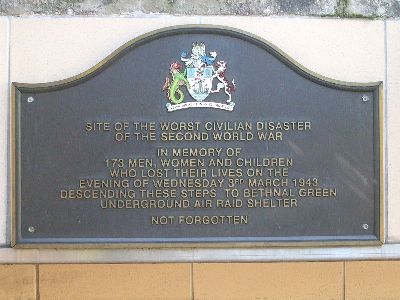 During the Second World War, Bethnal Green tube station was an air-raid shelter during bombardments. On 3 March 1943, 173 people were killed in a crush while going down the southwesten stairs.

When the air-raid siren sounded on 3 March 1943, people were orderly going down to the shelters. That day, a new type of anti aircraft rocket was used for the first time, with an unexpected type of explion. This caused a panic and mass hysteria and the crowd surged downwards. Many people fell and a total of 300 people were crushed. Of those, 173 died. 62 of the dead were children.