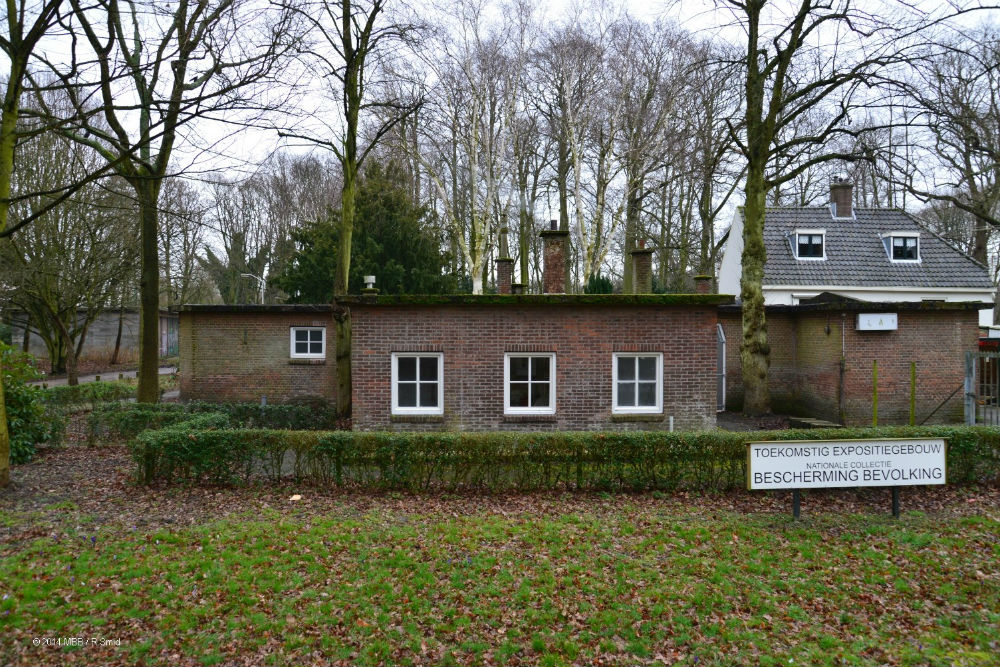 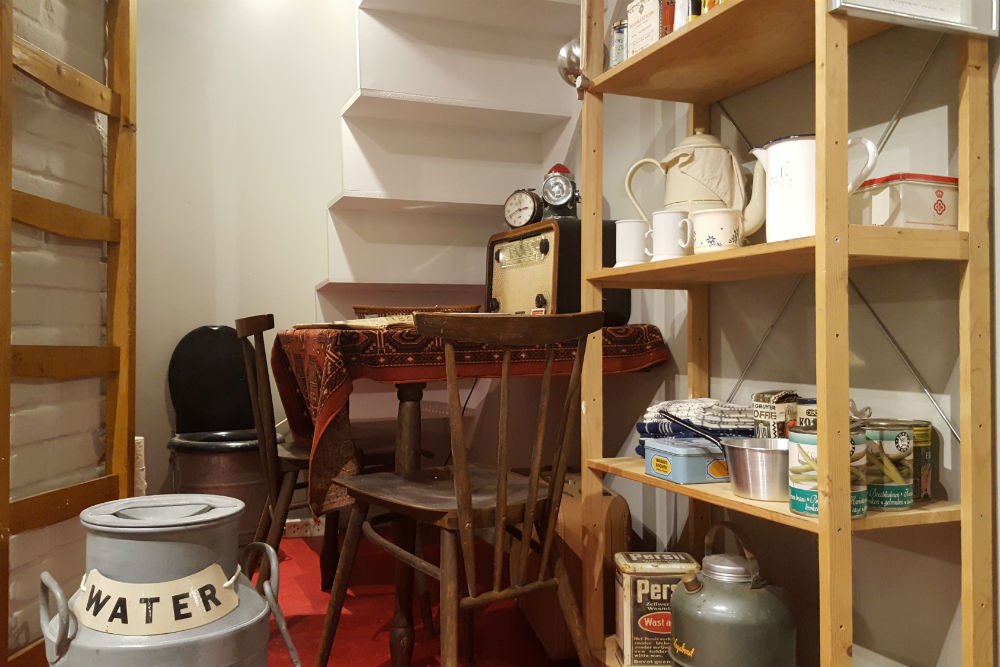 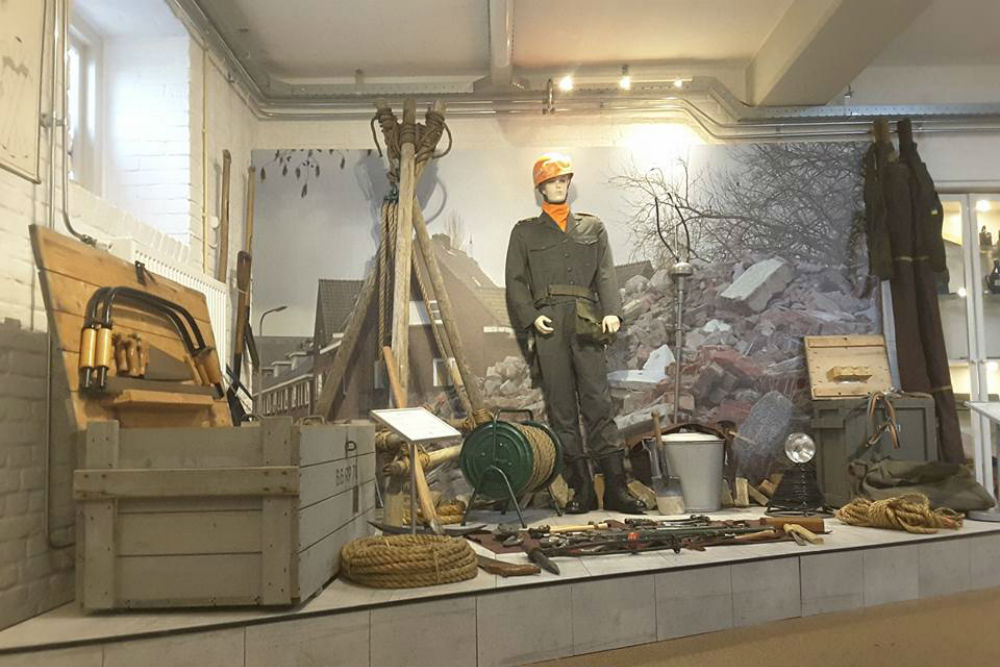 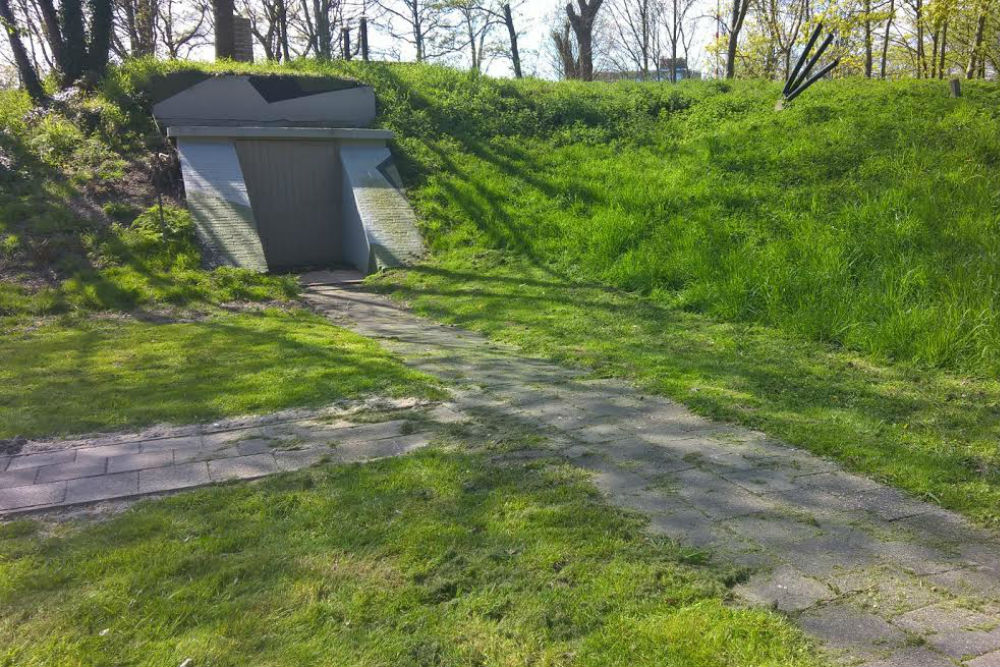 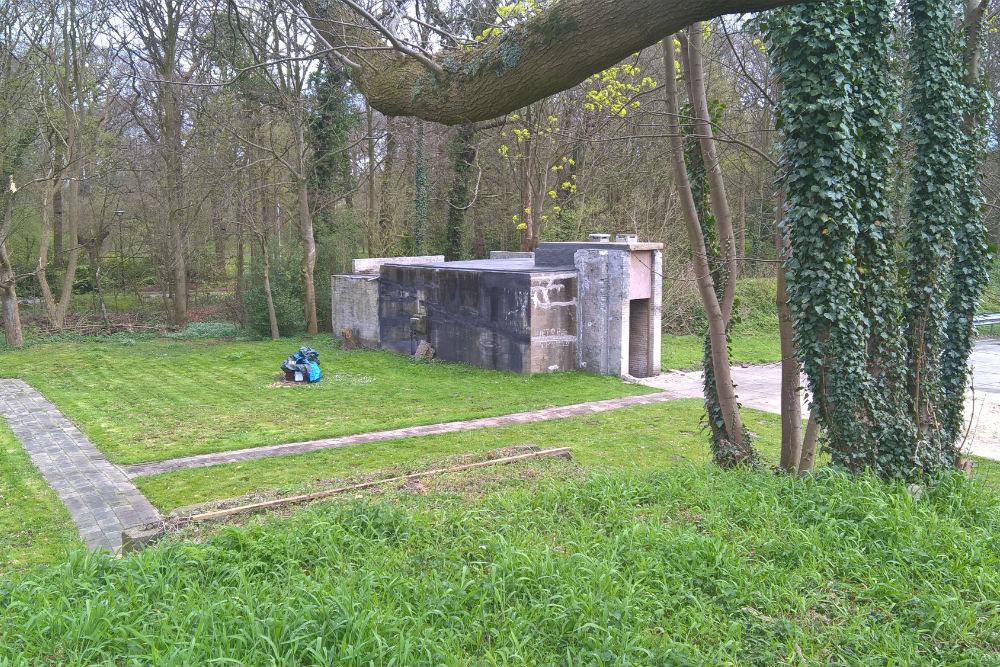 The Museum Bescherming Bevolking / Bunker Complex Park Overvoorde is a unique complex located in the beautiful park of Overvoorde. It is a major reminder of both the Second World War and the Cold War.

The 2nd World War.
In January 1941 the Vredenburchweg was closed at the Voordes and the whole forest was declared "Sperrgebiet". In the forest, but also in the perimeter of the Voordes, the Germans take on defense work. Around the Overvoorde manor house, besides a large SK command post, used as a central radio and eavesdropping station, another 22 shelters were built for Luftwaffe soldiers, including 6 kuvers 413a, a garage, a bath / toilet room and a kitchen building.
With the construction of this complex Overvoorde will be given an important role in the eavesdropping activities of, in particular, the messenger traffic to and from England. .

The Cold War.
Immediately after the end of World War II, tension in the world again rises, the so called Cold War. In the Netherlands, the Organization for Protection of Population (B.B.) is established. In 1952, the former German bunker complex became the accommodation of the A-ring The Hague, Rijswijk and Voorburg. The old German command post was rebuilt in 1953/1954 to the needs of the B.B. In 1958 a practice ruin was built. This ruin is set up as a street with 5 houses. This "street" serves as a training center for the rescue and rescue service staff of the B.B. Later this street is also used by various companies to train their employees within the framework of the Corporate Self-Defense The serious threat of an atomic war and the new insights on protection led to the construction of a new command post in 1969. This command post is provided with all possible facilities to continue to function in extreme situations such as atomic attacks and attacks with bacteriological and chemical weapons.

Present.
The underground atomic resistant command post has been fully restored in its authentic state. The practice ruin is set up as Expo Building, which is made visible by means of dioramas with which materials and in which way the B.B. first aid was granted. In the building that served as a kitchen building for the men in the 2nd World War a museum is currently being set up. In the museum, from all the services of the former organization Protection Population, there is a selection of equipment they used to work with. In addition, one sees the establishment of a simple shelter, as well as the consequences of a nuclear weapon attack. For the preservation of the building as a museum, we received the Monument Prize of the municipality of Rijswijk in 2016

The Museum Bescherming Bevolking has acquired a large number of remaining objects on Overvoorde and more and more of them receive a reuse function. This provides the opportunity to show the timeline in the history of the Second World War through the Cold War period.

Visiting
The Museum Bescherming Bevolking provides guided tours of the complex for both authorities, schools and the public.

For the public there are monthly open days from April to October to see our website www.museumbeschermingbevolking.nl for the dates. You can also find information about tours for public authorities, schools and businesses.

There is parking available nearby. Please be aware that GPS navigation systems will lead you to closed roads. To arrive at the location drive via the street called 'Schaapweg'.