Memorial to the Heroes of the Peninsular War 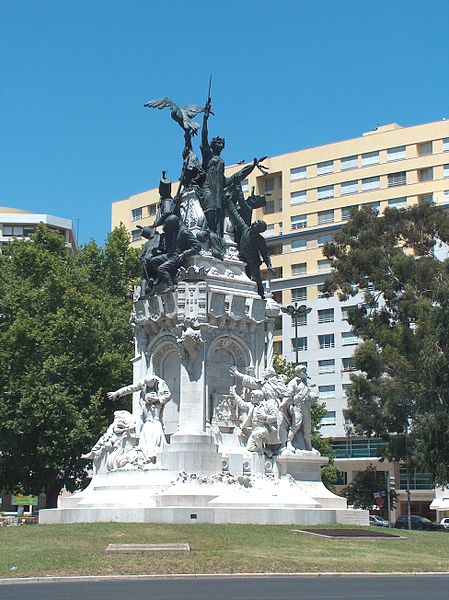 This memorial in the Rotunda Entrecampos commemorates the heroes who were killed during the Peninsular War, which took place from 1808 to 1814 between the Spanish, Portuguese and British on the one hand and the French under command of Napoleon on the other side.