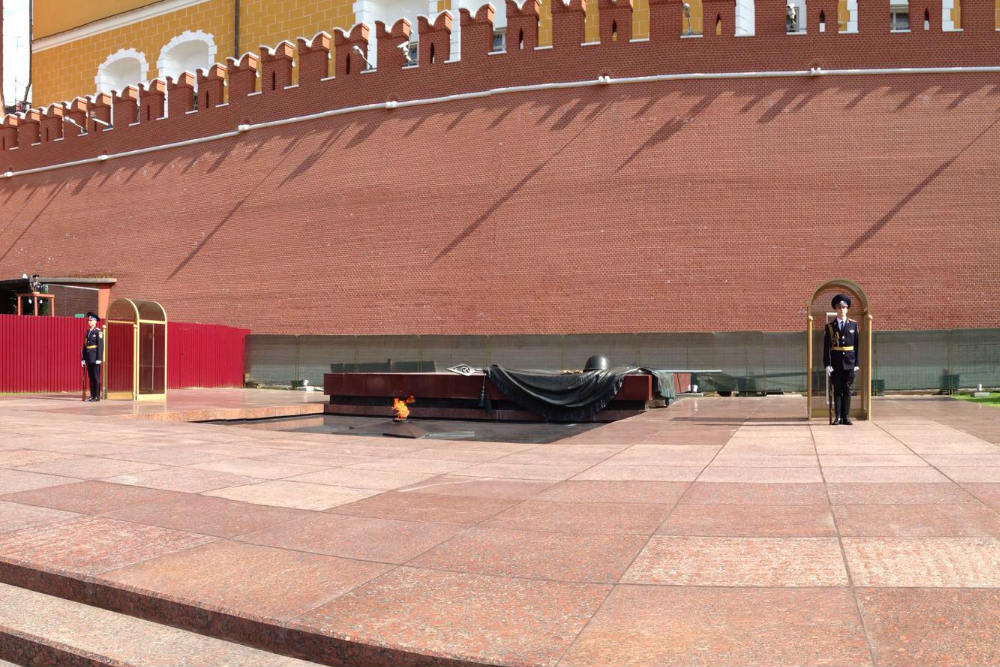 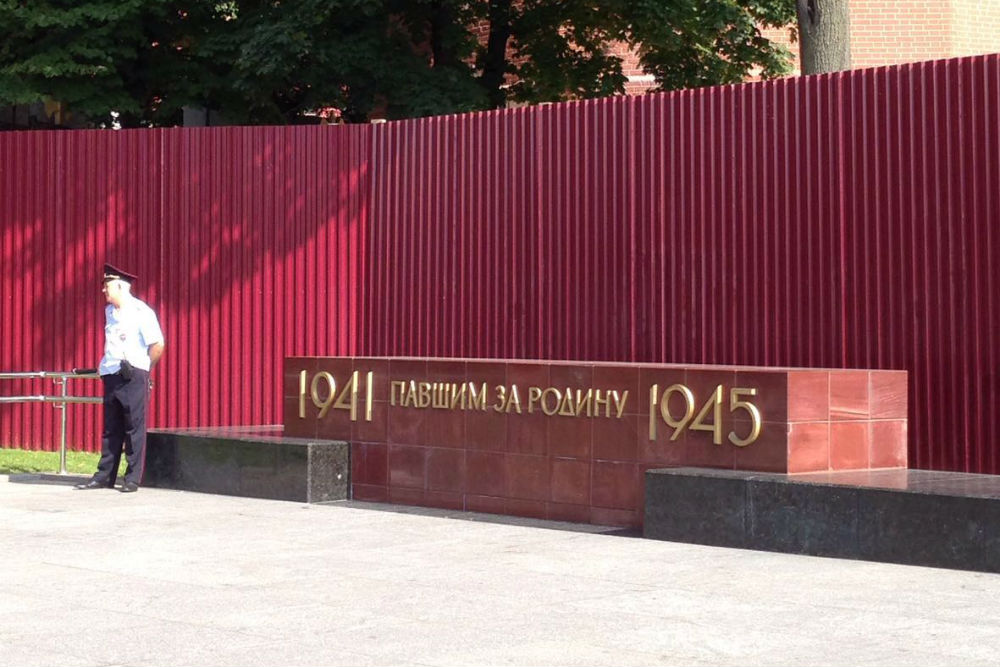 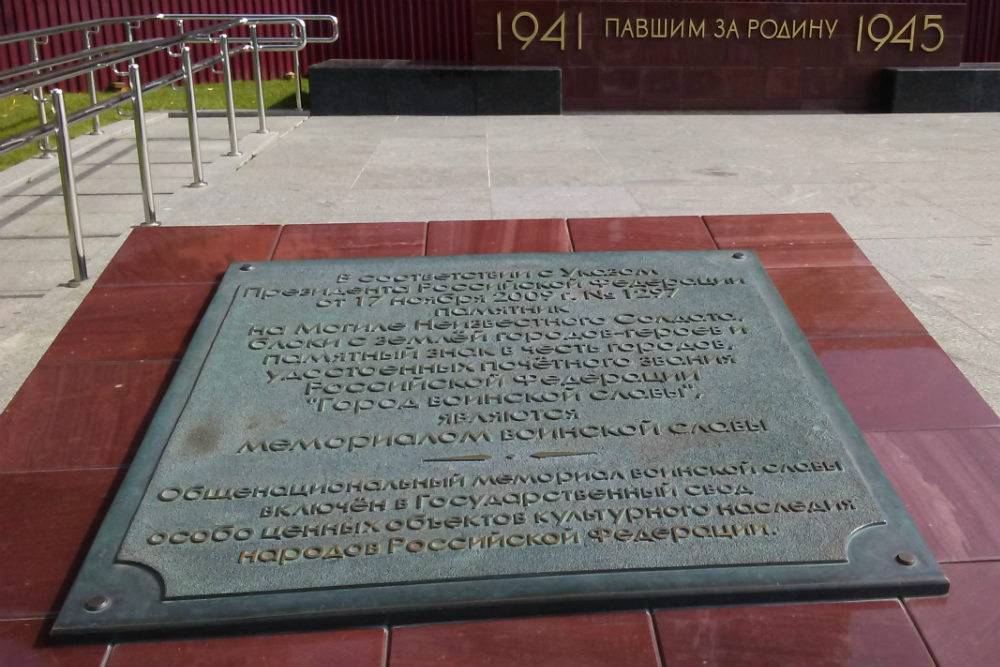 The Tomb of the Unknown Soldier of Moscow is a memorial dedicated to the Soviet soldiers who fell during the Great Patriotic War (1941-1945). The remains of the unknown soldier, killed in the Battle of Moscow and initially buried in a mass grave at Zelenograd, were relocated to the Kremlin Wall in December of 1966. In front of the tomb is a Eternal Flame with underneath the inscription: "Your name is unknown, your deed is immortal" . To the right of the memorial is a grantie wall with the following inscription: "1941 - To Those Who Have Fallen For The Motherland - 1945"