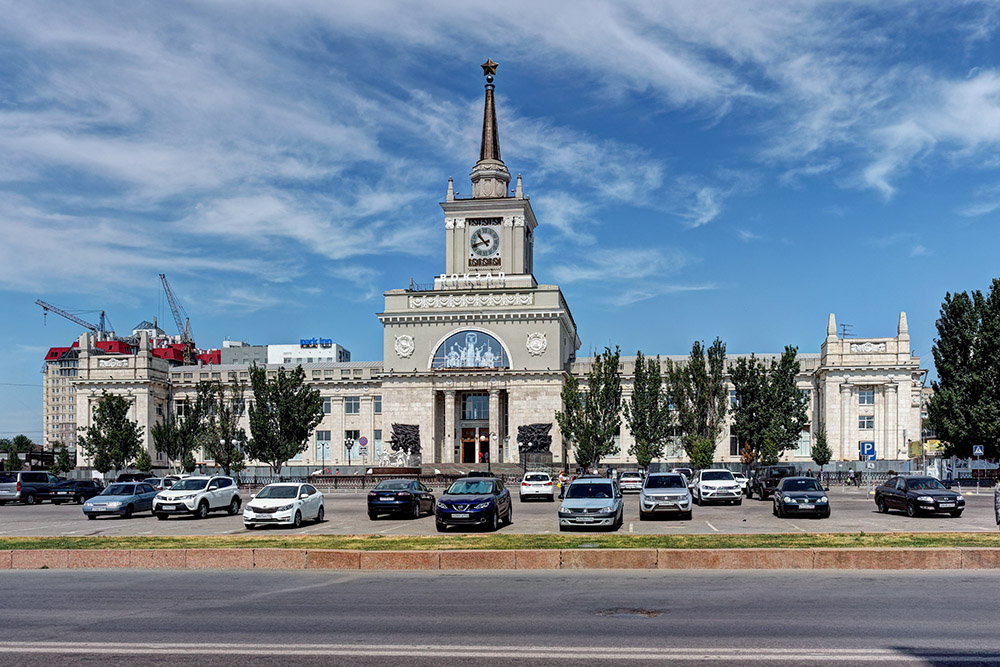 During the battle of Stalingrad, this station was scene of heavy fighting from 15 to 18 September 1942. It changed ownership several times in the course of the battle and was eventually taken on 18 September 1942 by the German 71. Infanteriedivision. The 13th Guards Rifle Division, which defended and attacked the station, was almost destroyed by the end. The German troops also suffered many casualties.

The station today:
It was rebuilt after the war and serves as tribute to the defenders of Stalingrad.