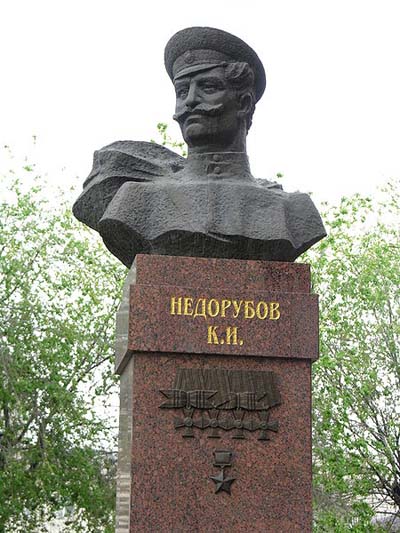 This memorial is dedicated to Captain Konstanin Nedorubov, who commanded first the 14th Guards Cavalry Regiment and later the 5th Guards Cossacks Cavalry Corps during the Great Patriotic War. He was awarded with the title "Hero of the Soviet Union" on 26 October 1943 for heroic actions performed on the battlefield. Nedorubov was serious wounded in December 1944 and fired from the army.