Mamayev Hill - "Memory of the Generations" 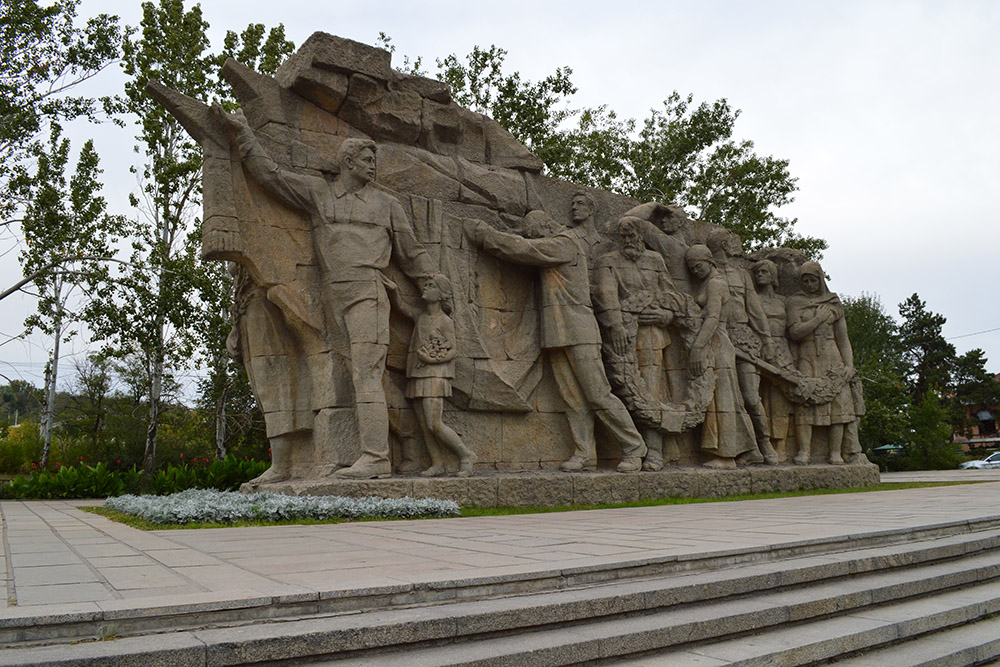 "Memory of the Generations" is the first part of the immens memorial complex on the Mamayev Kurgan (Mamayev Hill) and consists mainly of a 17 meters high bas-relief sculpture of a people's procession with flowers, wreaths and half-masted banners in honour of those who fought for life and freedom. There are also pedestals with holy soil from the hero cities and a memorial stone with the following text:

"Years and decades will pass. New generations of people will replace us. But here, at the feet of the biggest memorial of victory, grandchildren and greatgrandchildren of the heroes will visit. They will bring flowers and children. People will remember those who fell while defending the eternal fire of life, while thinking about the past and dreaming about the future."