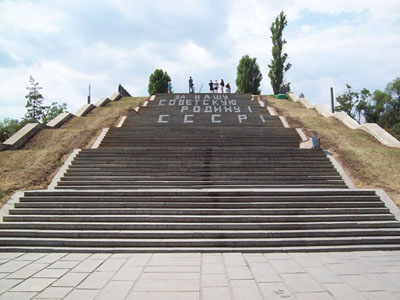 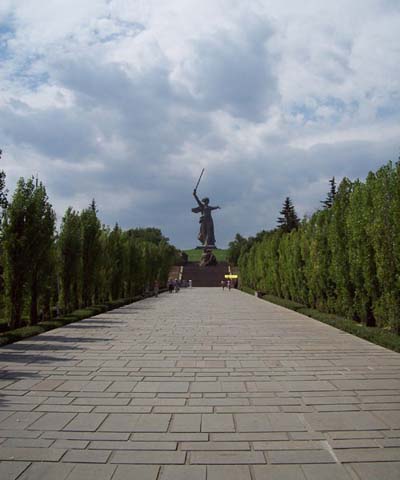 The "Alley of the Pyramidal Poplars" is the second part of the immens memorial complex on the Mamayev Kurgan (Mamayev Hill) and is 223 long and 10 meters wide. The following words can be read on the white granite stairs at the beginning of the alley:

"To our Soviet motherland! USSR!"