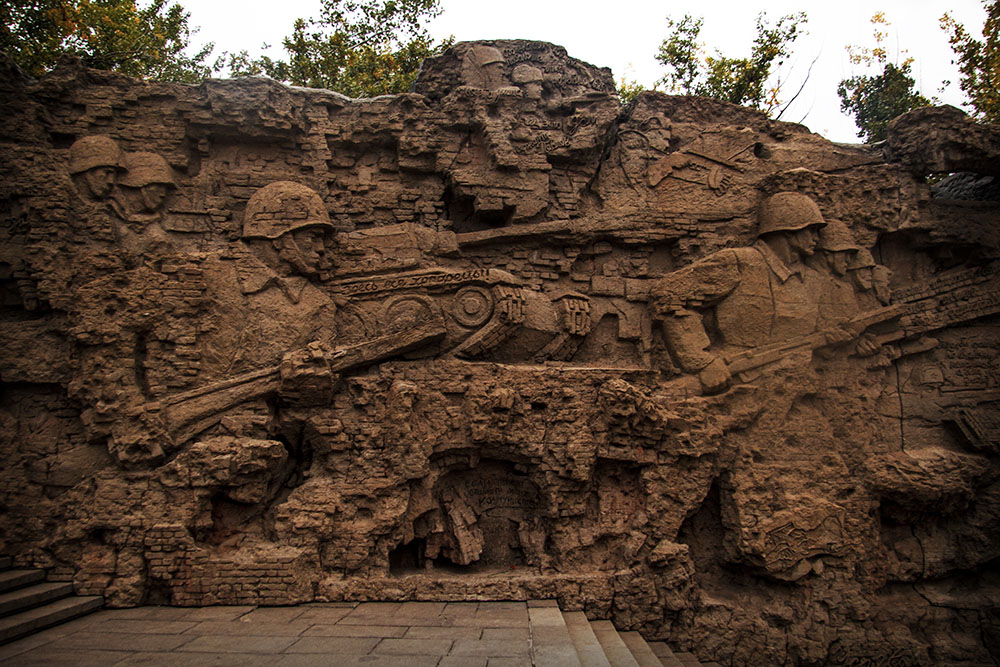 "Ruined Walls" is the fourth part of the immens memorial complex on the Mamayev Kurgan (Mamayev Hill) and consists of a wide granite stairs (40 meters) with on both sides a bas-relief sculpture symbolizing the ruins of Stalingrad.