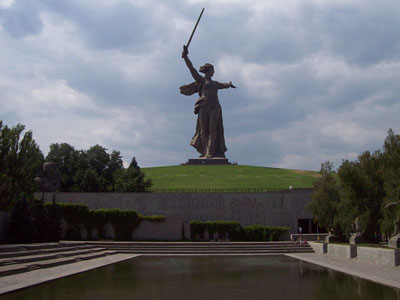 The "Monumental Relief" is the sixth part of the immens memorial complex on the Mamayev Kurgan (Mamayev Hill). This wall contains scenes of the last phase of the battle of Stalingrad and Soviet soldiers celebrating the victory over the invaders. There is also a symbolic gravestone with the following inscription: