Mamayev Hill - "Square to the Heroes" 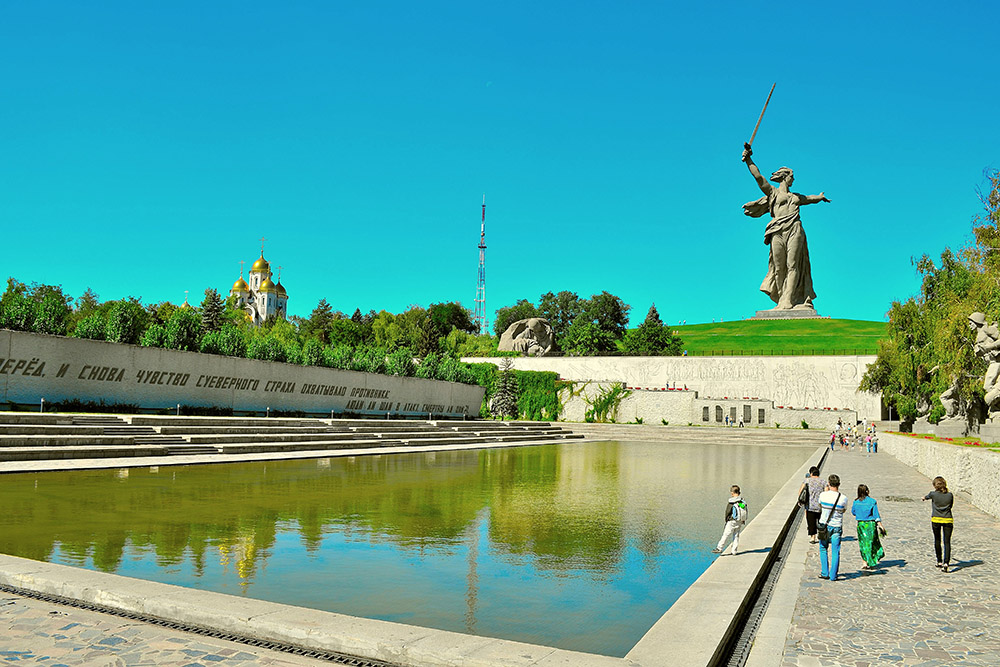 The "Square to the Heroes" is the fifth part of the immens memorial complex on the Mamayev Kurgan (Mamayev Hill) and consists of a water poul with a surface of 2202 square meters and on both sides a row of statues. The elongated water poul symbolizing the river Volga, which proved to be an excellent natural obstacle for the enemy during the battle of Stalingrad. There is also a 112 meter long wall on the left side of the square, with the following inscription:

"Iron wind was blowing into their faces, but they kept advancing and again and again the enemy was taken over by a superstitious feeling: were there really humans attacking them? Were they mortal?"