Mamayev Hill - "Square to Those who Fought to Death" 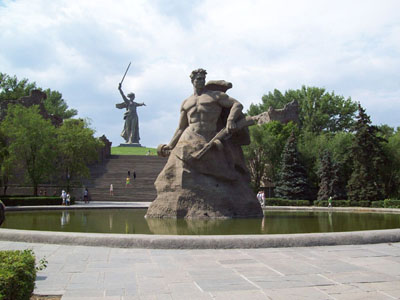 The square to "Those who Fought to Death" is the third part of the immens memorial complex on the Mamayev Kurgan (Mamayev Hill) and has a surface of 4225 square meters. In the center of the square is a water poolwhere, with the central statue "Stand to Death" symbolizing the most difficult period of Stalingrad Battle. At the feet of the statue are a number such as:

"Not a single step back!", "Stand to death!" and "There is no ground for is behind the Volga!"