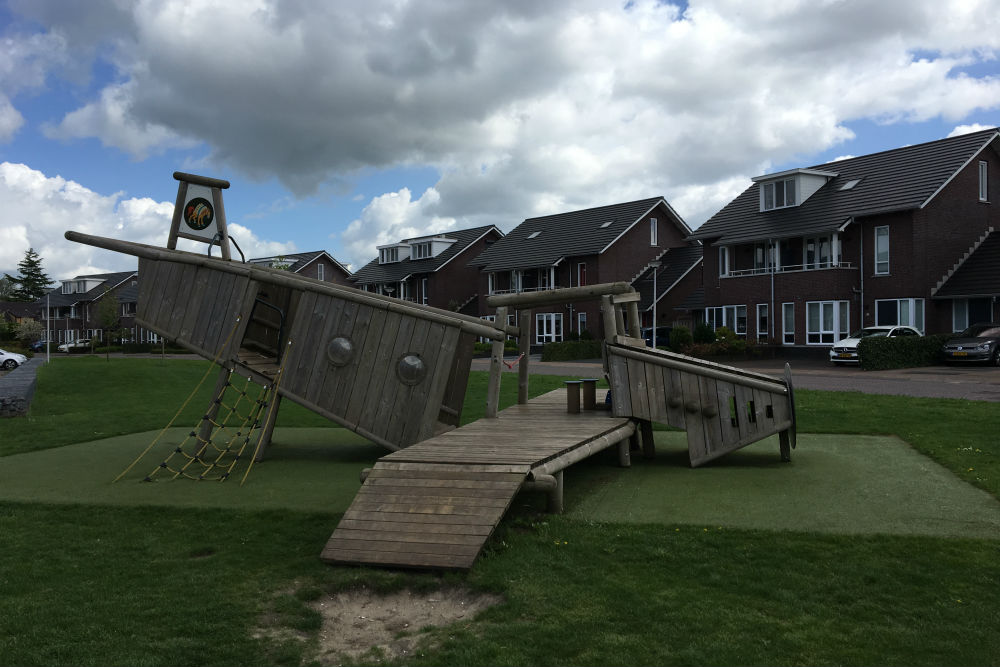 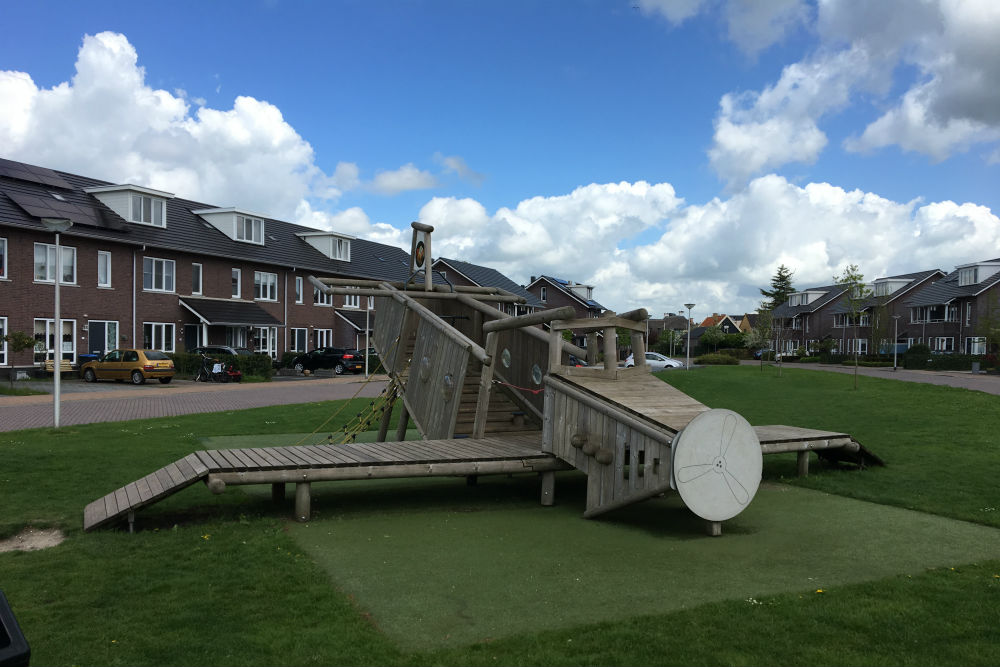 In Hendrik-Ido-Ambacht, there is a monument / playground on the Brasem in the new residential area De Volgerlanden. This wooden playset is a reference to a B-24 Liberator that crashed near this spot on March 8, 1944.

On March 8, 1944, an American Consolidated B-24 Liberator bomber takes off from the American airfield Hethel near Norwich. In the early morning this plane takes off with an 11-man crew, in a fleet of 900 bombers, towards the German capital Berlin. The target is a ball bearing factory near Berlin. Even before they can drop their bombs, bullets hit one of their bikes. Because the device has 4 motors, they can continue with their action.

On their way back they are attacked by two Focke Wulfs 190. The second engine is hit and several people are injured and one dead, air gunner Kenneth Miller. It soon becomes clear that they will not make it to England. The aircraft sets course from the Zuiderzee to the south. Above the Alblasserwaard 9 of the crew members jump out of the plane, the tenth is unconscious and is pushed out of the plane with a parachute. All end up in the Papendrecht area.

Nine crew members are quickly arrested, but one of them (Keeffe) manages to remain free because he is quickly taken from Papendrecht to Dordt. He was eventually arrested in Belgium (Antwerp) for treason.

The device continues to lose altitude. And at 18 minutes past 5 in the afternoon, the aircraft crashed 50 meters from the Vrouwgelenweg, at number 4. Only the deceased air gunner will be on board. On March 10, he is buried in the Ambachtse cemetery. The interest among the Craftsmen is so great that many have to follow the funeral from the public road.

With the placement of this beautiful playground equipment in the shape of an airplane, this event has been given a contemporary interpretation. The historical past is connected with the present by this toy plane. On the tail of this aircraft is the emblem of this 566th Bombardment Squadron. This was the combat part to which the crashed aircraft belonged.