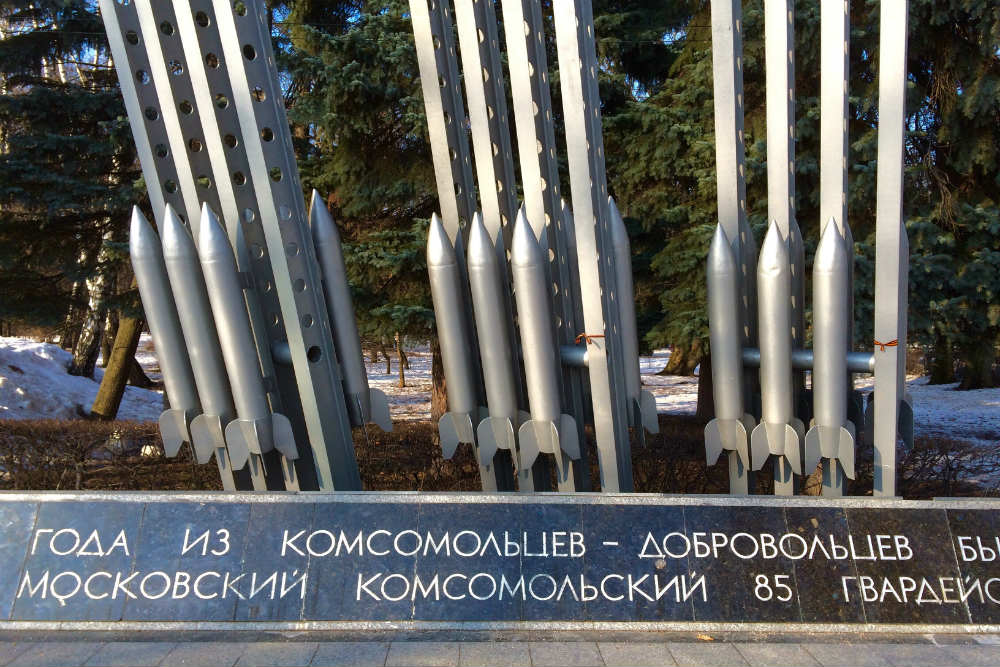 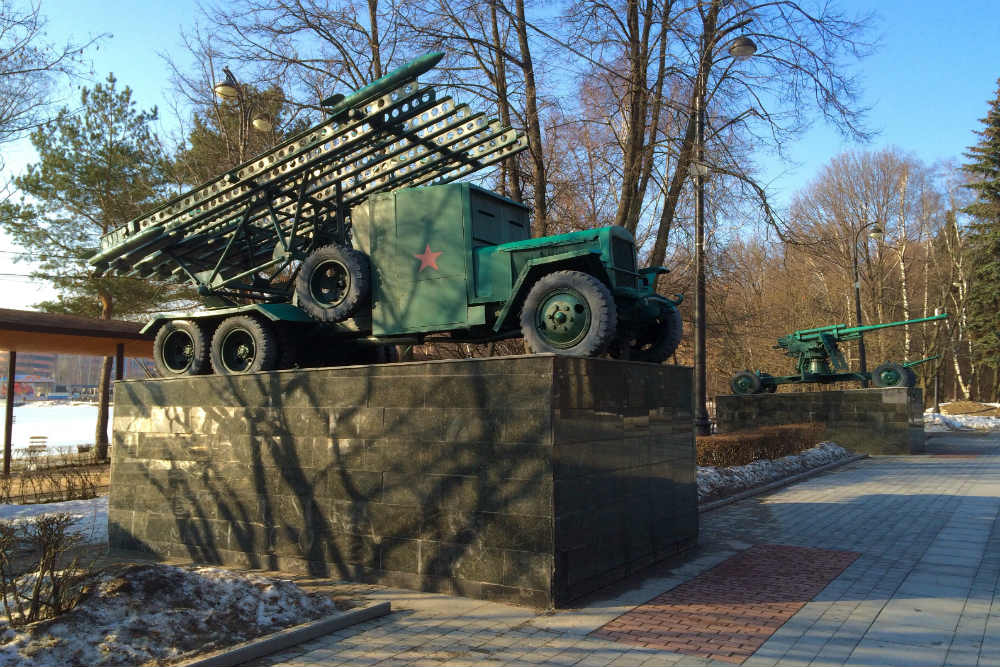 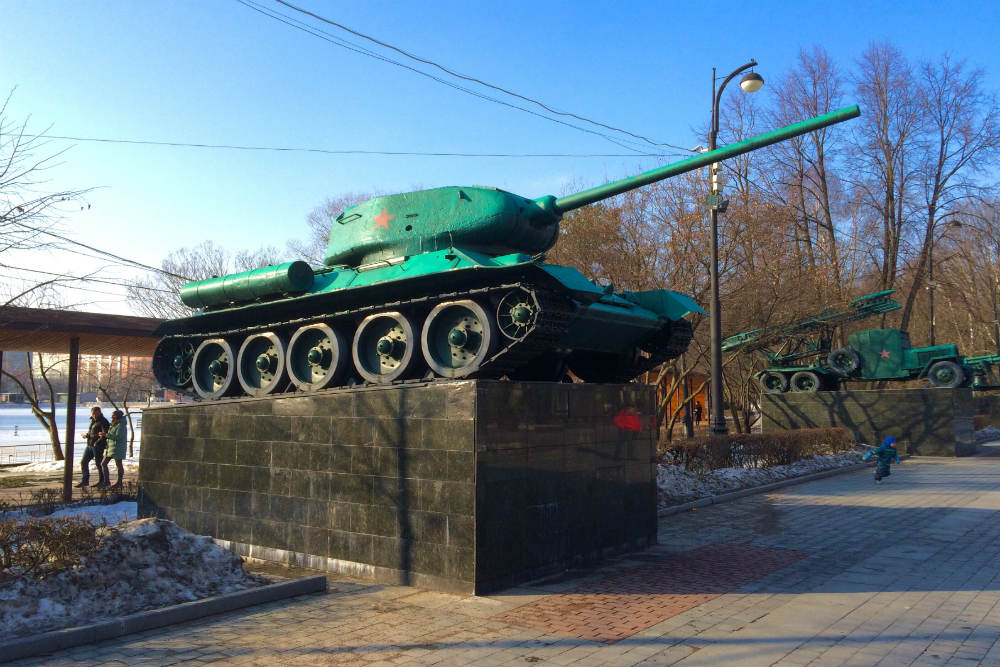 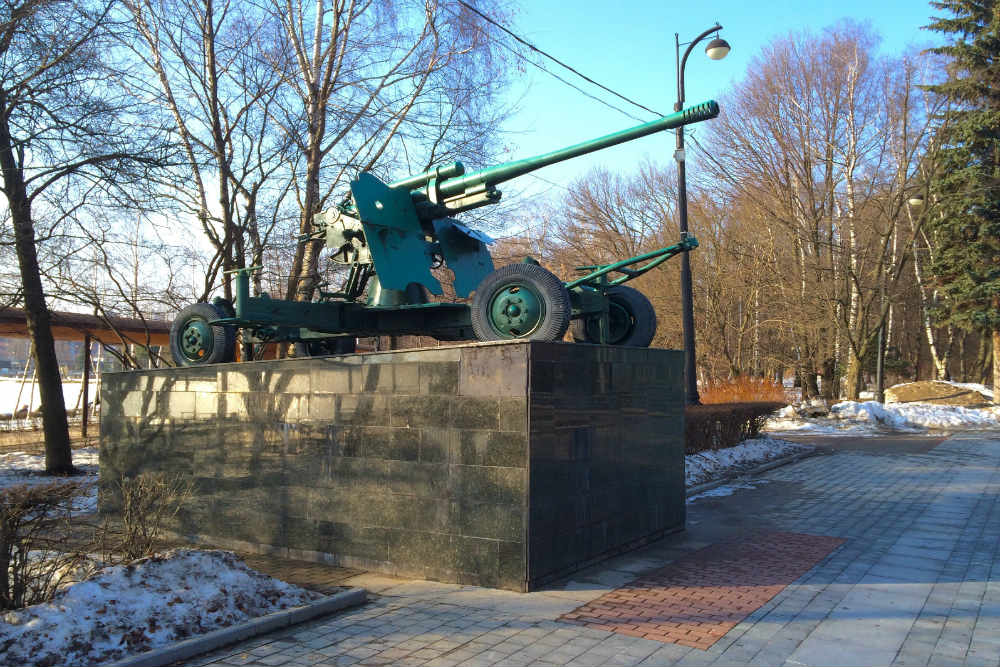 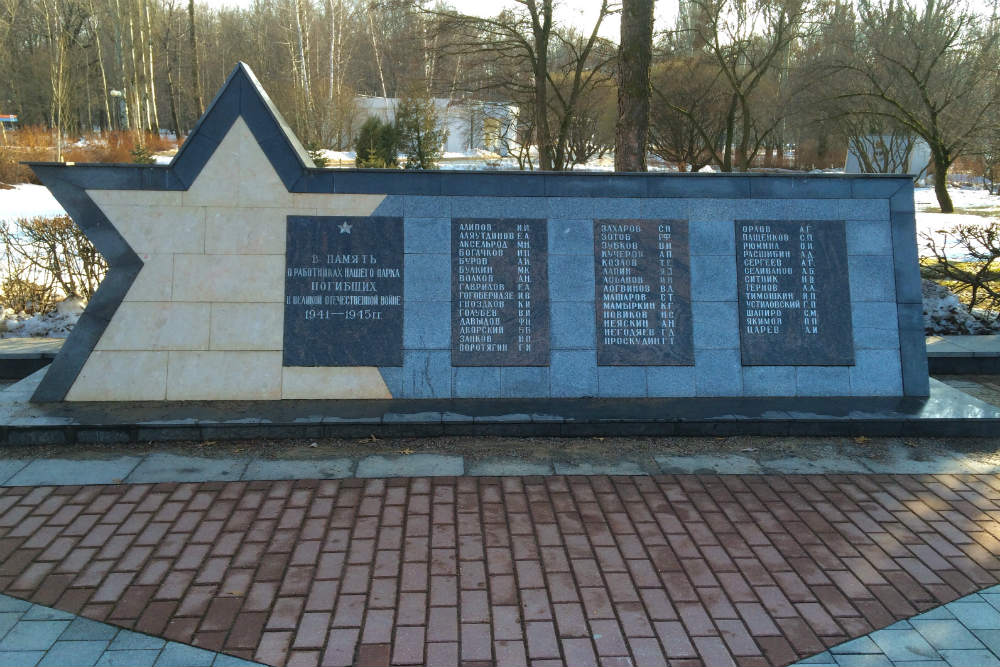 The memorial complex "The square of courage" in Izmailovo park. It was created in 1968. There are many objects on the territory:
* eternal flame
* monument of the Moscow Komsomol 85th guards mortar regiment
* T-34/85 tank on a pedestal
* 85mm anti aircraft gun 52-K on a pedestal
* rocket launcher BM-13 "Katyusha"on a pedestal
* monument of Izmailovo park workers perished in the Second World War
* and six memorable steles in memory of different Soviet divisions which fought in the time of World War Two.